The Miracle of a Brother’s Song-Truth!

Summary of eRumor:
The story of the little baby girl who, because of complications at birth, came into the world with serious medical problems.  Her parents were told she was going to die.  Her three-year-old brother Michael, however, decided to sing “You are my sunshine” to her and she immediately started improving and the very next day was well enough to go home.
The Truth:
Karin Simmons Knapp, the grandmother of the baby girl has told TruthOrFiction.com that the story is true.
She said that the story circulating on the Internet appears to have been taken from a book of sermons published by the Holston Conference of the United Methodist Church in East Tennessee.
St. Mary’s Hospital in Knoxville told TruthOrFiction.com that children are prohibited from visiting the hospital, not because of resistant staff, but hospital policy. Even so, the source told us that a child would not be prohibited from visiting the bedside of a dying sibling.

Knapp Told us, however, that when this event took place in 1992, the hospital would not allow Michael to visit. 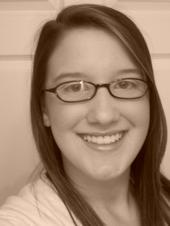 The baby was named Marlee and as of August, 2008, she is a 16-year old high school student who describes herself as “just like any other teenage girl.”  She told TruthOrFiction.com that she sings in her church choir as well as school choir and is a student athletic trainer for her high school’s athletic department.
Marlee says that her gift is singing and that she’s glad that what happened when she was born didn’t keep her from that dream.