Cadbury has dropped the word “Easter” from the packaging for its chocolate eggs and bunnies.

Cadbury hasn’t dropped the word “Easter” from its chocolate eggs and bunnies — but the word doesn’t appear prominently on the front of packaging, either.

Reports that Cadbury had “quietly dropped” the word Easter from its seasonal candy packaging gained momentum after a report appeared in the U.K. Daily Telegraph under the headline, “Easter Quietly Dropped from Easter Eggs.”

The report goes on to cite claims made by the Meaningful Chocolate Company that Cadbury and other manufacturers had phased out the word Easter:

Growing numbers of chocolate eggs are on sale in the UK without any mention of the word “Easter” on the front of the packaging.

Many of Britain’s best known brands have quietly dropped the name of the Christian festival from their main branding, now selling Easter products labelled simply as “chocolate egg” or even “egg”, it has been claimed.

The allegation was highlighted by the makers of the “Real Easter Egg”, a fair trade chocolate product which carries a Christian message instead of pictures of bunnies and chicks and donates its profits to charity.

The Meaningful Chocolate Company, based in Manchester, was set up six years ago in an attempt to reintroduce Easter eggs with references to the Easter story and Advent calendars featuring nativity scenes to the mainstream market.

But since then, according to the company’s founder David Marshall, the secularizing trend has been gone further, with many products now seemingly dropping references to Easter from the title altogether.

“It looks like there is a trend. A lot of businesses are not comfortable with the religious aspect of the festival.”

It’s true that Cadbury eggs and bunnies don’t have “Easter” prominently displayed on the front of individual packaging — but claims that Cadbury has entirely “dropped” Easter aren’t true, either.

In the 2016 Easter season, the company was clearly marketing its chocolate eggs, bunnies and chicks as Easter candy: 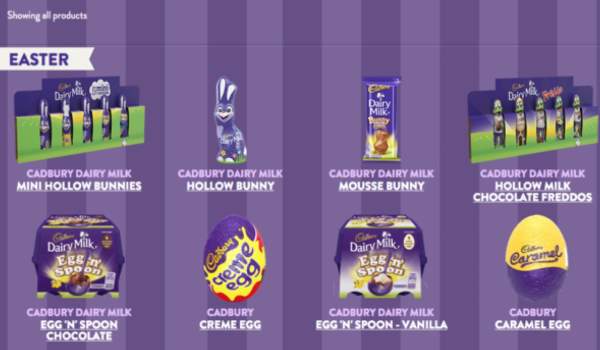 Similarly, Cadbury’s Twitter feed was flush with references to Easter and the Easter bunny: 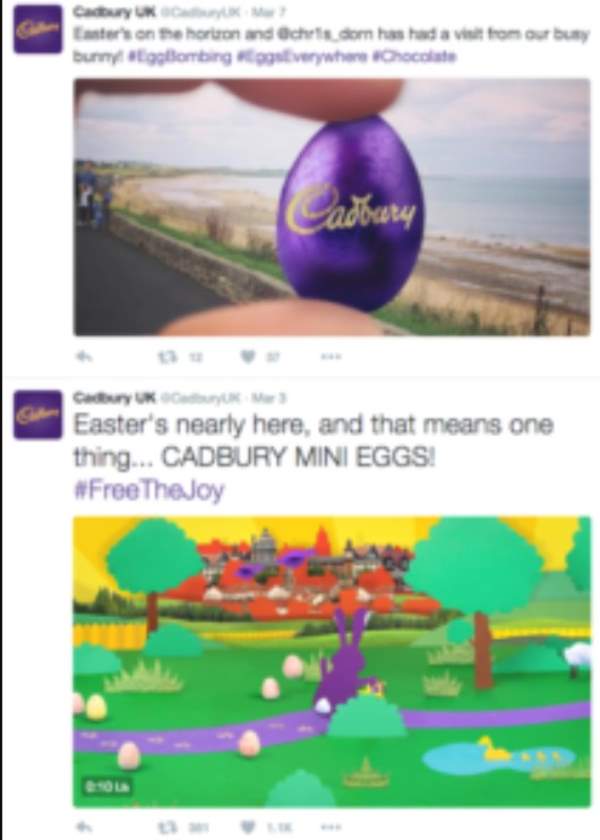 A company spokesperson said the company doesn’t include the word “Easter” on the front of product labels because they simply didn’t think it was necessary — and noted that “Easter” appears on the back of the product labels:

“Easter is stated on our Easter Eggs on the back of the pack — most of our Easter Eggs don’t say Easter or Egg on the front as we don’t feel the need to tell people this.

It is very obvious through the packaging that it is an Easter egg. We do not have a policy to remove the word “Easter” from our packs or marketing. Some of our marketing states Easter and some just Egg.”

The ad itself is still available on Cadbury UK’s Facebook page, with a photograph of one of its eggs alongside the caption:

Easter’s on the horizon and @chr1s_dorn has had a visit from our busy bunny!

With that in mind we’re going to rule this claimed as Mixed, in its accuracy.