On April 21 2020, Georgia Governor Brian Kemp made the controversial decision to “re-open” some of his states non-essential businesses in spite of a spreading COVID-19 pandemic; that night, a meme addressed to Georgia residents advised, “IDGAFWKSYBSYBAITMFH”: 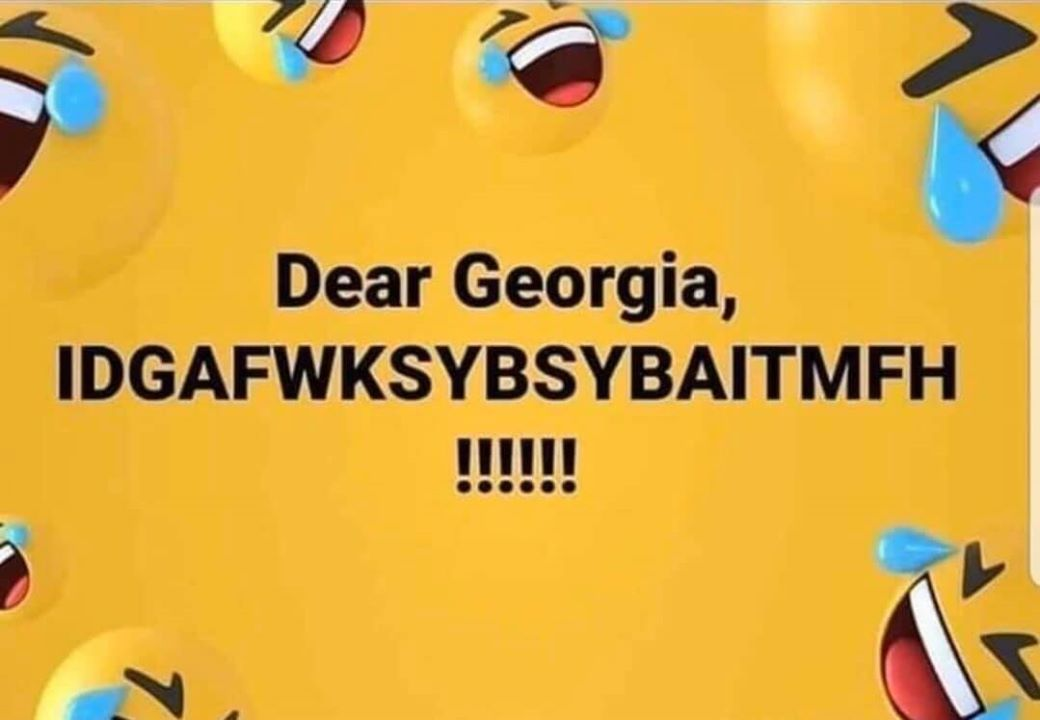 That phrase appeared to make its way from Instagram to Facebook, where an earlier iteration was passed around with a less colorful background. It was shared by Clippers’ player Lou Williams on April 21 2020:

Williams provided the same text as the meme, with some variations in punctuation and the emoji:

Most social media users worked out that “IDGAF” was the common “I don’t give a fuck,” but “IDGAFWKSYBSYBAITMFH” was a bit longer and hard to work out.

Over on Reddit’s r/LAClippers, a post spelled out a common interpretation of the acronym — “I Don’t Give a Fuck What Kemp Says You Be Staying Your Bitch Ass in the Motherfucking House”:

Dear Georgia, I Don’t Give A Fuck What Kemp Says You Be Staying Ya Bitch Ass In The Motherfucking House! 🙃 -Lou Williams from LAClippers

The Facebook version of the meme was shared to the forum Lipstick Alley on April 22 2020, and the original poster requested translations for “IDGAFWKSYBSYBAITMFH” from the board’s users. A variation was provided in the comments:

I Don’t Give A F*ck What Kemp Says You Better Stay Yo Black Ass In The Mother F*cking House!!!!!!

If my old ass can decipher it then anyone on [Lipstick Alley] should be able to do it.

A viral COVID-19 meme reading “Dear Georgia, IDGAFWKSYBSYBAITMFH” both stumped and amused social media users. It appeared to originate with Williams on Instagram and had two interpreted meanings — both starting with “I don’t give a fuck what Kemp says,” but diverging on whether it originally referenced “your bitch ass” or “your black ass.” In any event, the meaning was appropriate and indisputable — Georgians, please STFH.