A dead deer was found atop a power pole, allegedly in Baltimore.  A customer called Baltimore Gas & Electric to report both the deer and a power outage.  It was later discovered that the deer had been struck by a train and ended up lying atop the power pole.
The Truth:
Baltimore Gas & Electric says this service call never came to them and that there have been no incidents of dead deer on top of power poles.
There are several posts on the Internet that say the pictures are actually from Manitoba, Canada where many people saw the deer atop the power pole near the city of Headingly. Because the deer’s back legs seem to have been mutilated, there are those who have speculated that something funny might be going on such as UFO activity.  A local CBC TV affiliate launched an investigation into the deer story.  A conservation officer speculated that since there were both railroad tracks and a deer trail nearby, the deer may have been struck by a train and landed on the pole.  Scientists said, however, that if there had been the kind of impact to launch the deer 25-feet into the air, there would have been more obvious injury than missing portions of the back legs.  One theory is that hoaxsters with a cherry picker put the carcass on top of the pole.  No train engineers have reported a deer strike. 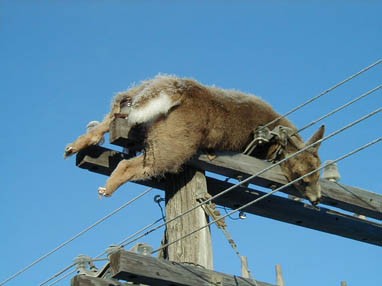 The Ithica Journal’s Dave Henderson says there is 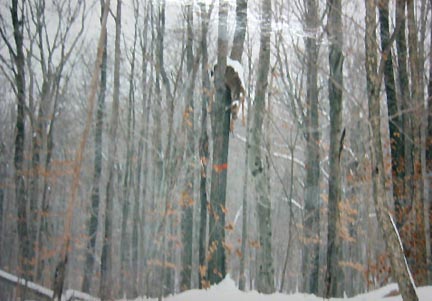 another deer mystery in Delaware County, New York.  A hunter is said to have found a 70-pound button buck wedged in a tree about 12-feet off the ground.  A wildlife technician said the deer had been shot with an arrow but he had no idea how it got into the tree.