Facebook commenters who produce a "green bar" when commenting #HocusPocus are witches.

In early October 2019, a Facebook status update meme appeared with the claim that people who type #HocusPocus into comments of a post could activate Facebook’s “witch checker” feature:

Myriad posts involving re-worded variants of the claim appeared, and many received a vast number of “#HocusPocus” comments. Every so often, a comment would display in a manner similar to this:

However, the vast majority of comments looked like this: 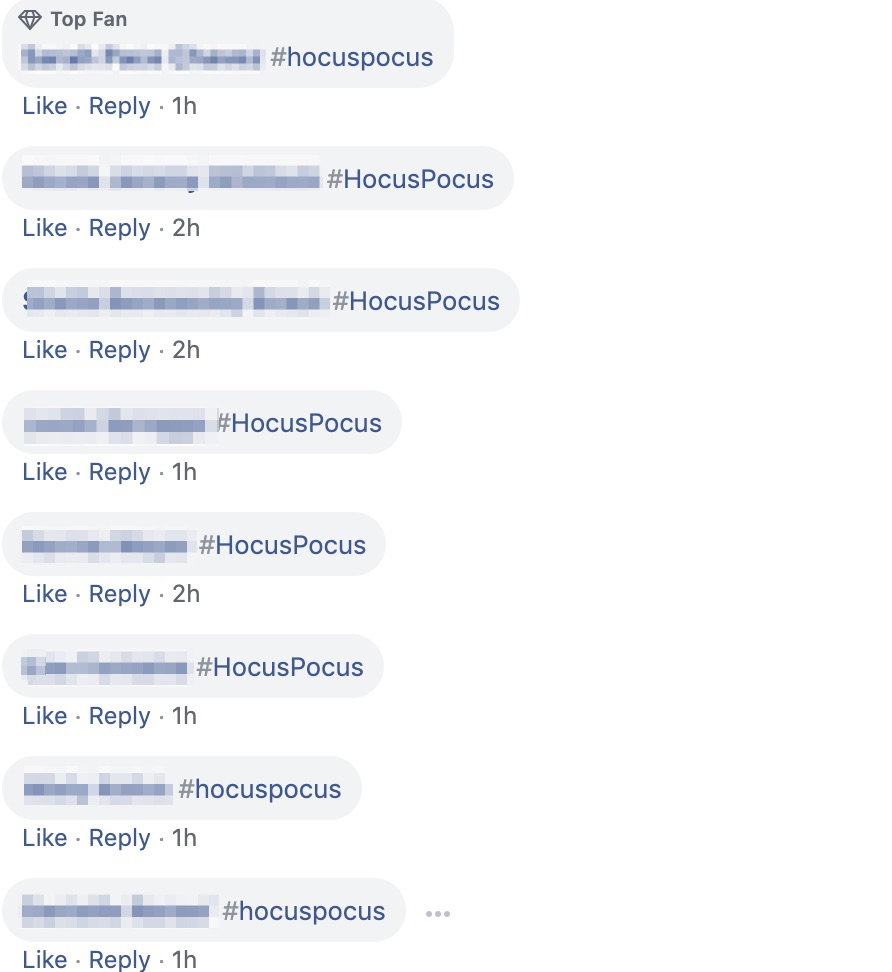 Overall, the claim looked extremely familiar. We quickly realized that was because we have encountered other, less seasonal versions of it many times. In those iterations, typing #911snitch supposedly revealed whether or not other commenters are “snitches.”

In those threads, most of the comments rendered as #911snitch. But in others, a green bar or a blunt-style cigar reading “not a snitch” would sometimes appear. In a previous fact check, we noted:

Almost always, the poster themselves comments first — producing a green line or green bar indicating they are not a snitch. The balance of comments almost entirely show “#911” and not a bar, demonstrating that the majority of commenters are, unfortunately, revealing themselves as snitches.

A curious aspect we observed in the many public versions of the #911 snitch meme on Facebook were that on any given post, regardless of device, commenters tended to produce the same green bar. In some iterations, it was a gradient. Others had a short and wide green bar, and some were longer and a paler green. But there was typically a uniformity in the generated green bar or green line.

The likeliest explanation that a green bar appeared in a handful of comments was that the users were copying and pasting the image — sometimes selecting a humorous variant, as is common in meme culture. An outlying possibility for a device quirk allowing the hashtag generation of images in comments was possible, but both unlikely and uncommon. In most cases, typing #911 did not produce a green bar or green line. In any event, typing #911 in Facebook comments did not at any point produce a green bar to prove that you or your friends are not snitches, nor has the social media platform announced any plans to test for potential snitchery.

You might notice that several promotional pages shared the meme, as in the example above. Searching the #HocusPocus hashtag on Facebook as the meme spiked in popularity revealed that mostly businesses shared versions of the claim outside of groups. In the span of an hour or so, a number of multi-level marketing sellers (promoting products like Scentsy and Origami Owl) shared “videos” about the “witch checker”: 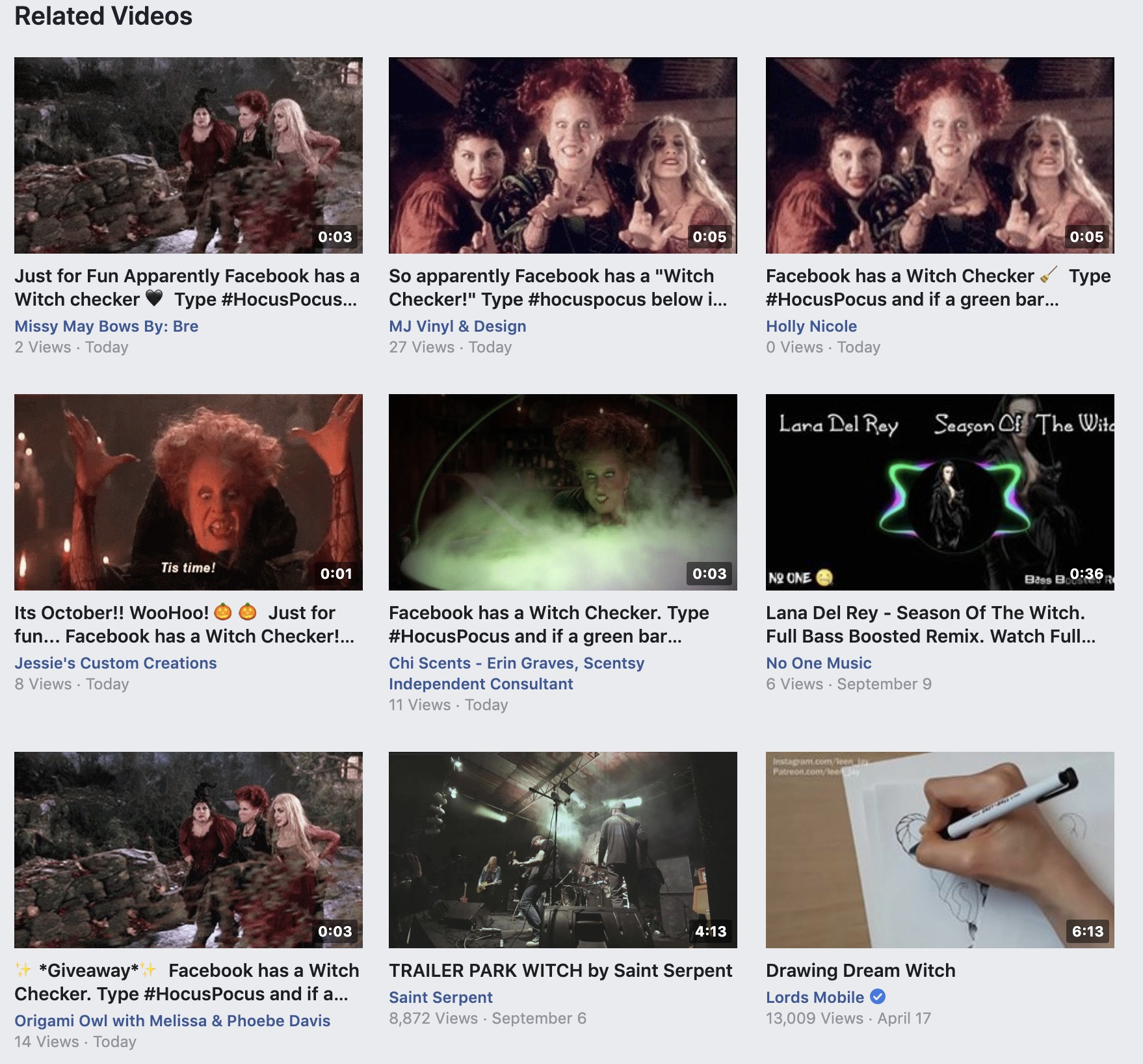 That style of posting closely aligns with “engagement bait,” a practice that is purportedly sanctioned by Facebook, although clearly not at all effectively. Most of the pages likely knew the claim would encourage users to like, share, and especially comment on the post to test it. That means that this claim virtually guarantees a high amount of engagement for that page, and in turn favor with Facebook’s algorithm, resulting in increased promotion by said algorithm.

Brands and multi-level marketers quickly caught on that the claim was virtually guaranteed Facebook engagement for their pages. Its nature as engagement bait — a term for the types of posts that further boost a page’s visibility and favorably affect its Facebook statistics — was demonstrated by the practice of sharing short images misleadingly uploaded as “videos” to further manipulate Facebook algorithms:

In October 2019, it appeared the meme (or prank) had been repurposed to leverage Halloween-based enthusiasm as well as love for the film Hocus Pocus. But as with the original version, typing #HocusPocus didn’t actually work — the “witch” graphic was typically copied and pasted by users in on the joke. Although the “witch finder” status update meme is clearly effective as engagement bait for businesses on Facebook, it is not a particularly entertaining game for participants who were misled to believe that the posts were legitimate and not either pranks, or attempts to game interaction from readers not in on the joke.