Summary of eRumor:
This is a forwarded email that alleges that President Obama has ordered one billion dollars worth of disposable FEMA coffins.  The email also alleges that FEMA is building internment camps and buying up MRE’s, what the U.S. Military calls “Meals Ready to Eat.”
The Truth:
This is an old unproven conspiracy theory that dates back to the 1990’s.    Someone has inserted President Obama into this eRumor to freshen it up.
Lets address this one at at time:

The items in the photos that usually accompanies this forwarded email are not coffins but burial vaults or grave liners made by the Vantage Products Corporation.   These burial vaults are designed to house coffins and protect buried coffins from the elements for hundreds of years.

Does FEMA own the items in the photo of the forwarded email?

The coffins in the photo do not belong to FEMA.  According to an August 11, 2008 article by the Morgan County Citizen in Atlanta, Georgia, Vantage Products began leasing this land in 1997 or 1998 to store their products.   Since grave liners are weatherproof this location proved to be an affordable storage site for anywhere between 50,000 and 70,000 grave liners.
Did U.S. patent # 5,425,163, describe the items as “cremation containers for multiple bodies?” 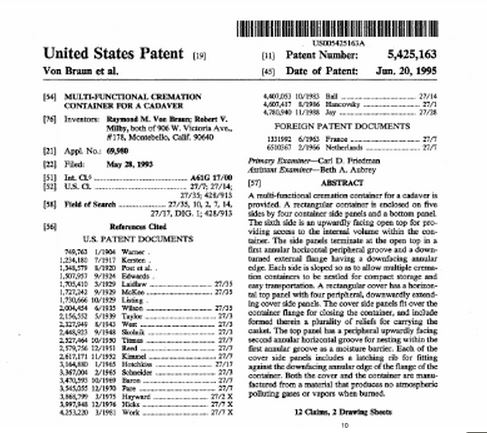 The above patent for a “multi-functional cremation container” was granted on June 20, 1995, by the U.S. Patent and Trademark Office and has regularly been cited as the alleged proof that FEMA is pushing forward with plans for camps to carryout mass cremations.    Patent, No. 5,425,163 expired and nobody holds it. It lapsed on June 20, 1999, because its original owners, Raymond Von Braun and Robert Millby, failed to pay patent maintenance fees.

This eRumor once again rose from the ashes after a January 23, 2014 article by the website TellMeNow.Com said that President Obama had allegedly purchased $1 billion in disposable FEMA coffins that are being stored at FEMA camps around the country. Ghoulish photos even depicted people sitting in black, plastic containers that are big enough to hold “three or four bodies,” the article said, at one such camp in Madison, Georgia.

The FEMA Camps part of the eRumor and conspiracy theory still remains to be proven.  There have been several natural disasters in the U.S. since the inception of this conspiracy theory.  One would think that if these camps existed, the thousands of evacuees of the August 2005 Hurricane Katrina disaster would have been taken to a camp instead of the Houston Astrodome. 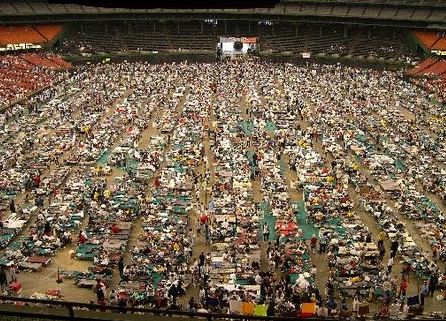 FEMA is the U.S. Federal Emergency Management Agency.  Their main mission, according to their website is “to support our citizens and first responders to ensure that as a nation we work together to build, sustain, and improve our capability to prepare for, protect against, respond to, recover from, and mitigate all hazards.”

FEMA falls under the Department of Homeland Security (DHS) and is the main training resource for the Incident Command System (ICS), the special training given to all first responders in the United States.  Their online courses are available free to anyone and certificates of passing the courses are emailed to the students.   Click for ICS Training
Since FEMA deals with disasters and getting resources to affected areas there is nothing really suspicious about this agency stockpiling MRE’s.
Posted 02/11/14   Updated 03/01/14
Related eRumors:
FEMA Corps Team Members Are the Modern Day Hitler Youth-Fiction!
DHS Has a Federal Police Unit-Truth!