While the final toll of their damage has yet to be assessed, enough fires had torn through the Amazon rainforest in August 2019 that a similar outbreak would devastate several regions in the mainland United States.

i put the amazon fire visual (flipped) over the US .

It was then reproduced by a separate user on Facebook, where it was shared more than 79,000 times.

Much of the time, information shared without supporting evidence is suspect at best and completely made up at worst. In this case, however, the photograph was not off the mark; Travis Longcore, an environmental scientist and associate adjunct professor at the Institute of the Environment and Sustainability at the University of California-Los Angeles (UCLA), called it “broadly accurate.”

“The map that the fires are mapped onto is a cylindrical projection, so it will actually make the U.S. look larger than it actually is relative to the tropics,” he added.

The bulk of the fire activity — more than 74,000 separate blazes — has been concentrated in the Brazilian states of Amazonas, Rondônia, Mato Grosso, and Pará. The neighboring countries of Paraguay and Bolivia have also suffered heavy damage connected to the fires.

While it does not measure their intensity, NASA’s Fire Information for Resource Management System (FIRMS) does show the location of the fires hitting the area: 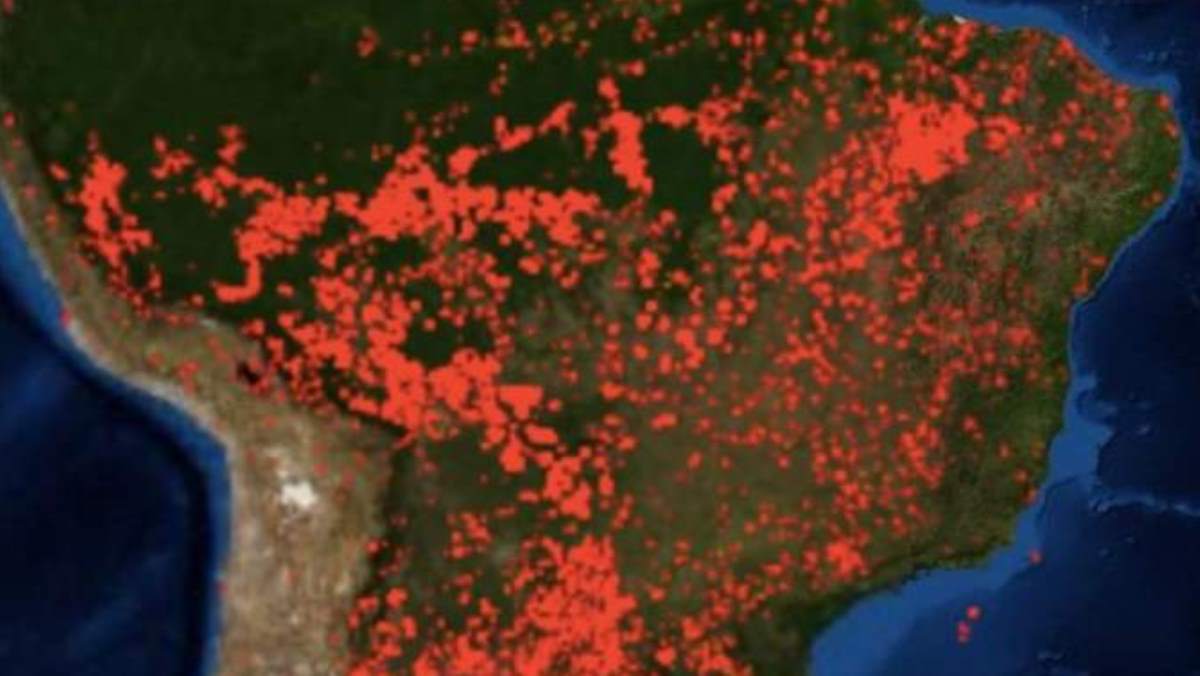 Longcore, who also works with the Los Angeles-based nonprofit the Urban Wildlands Group, provided us with a more detailed model placing the United States “inside” Brazil: 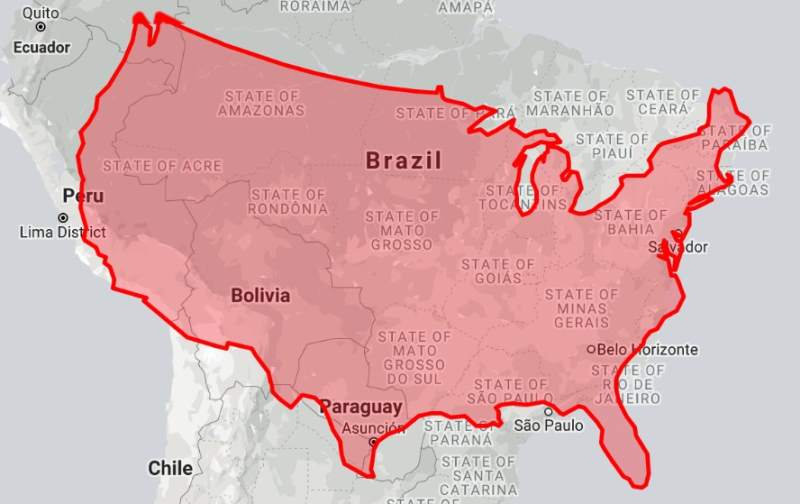 We also constructed a model that placed the westernmost point of the US on top of that of Brazil: 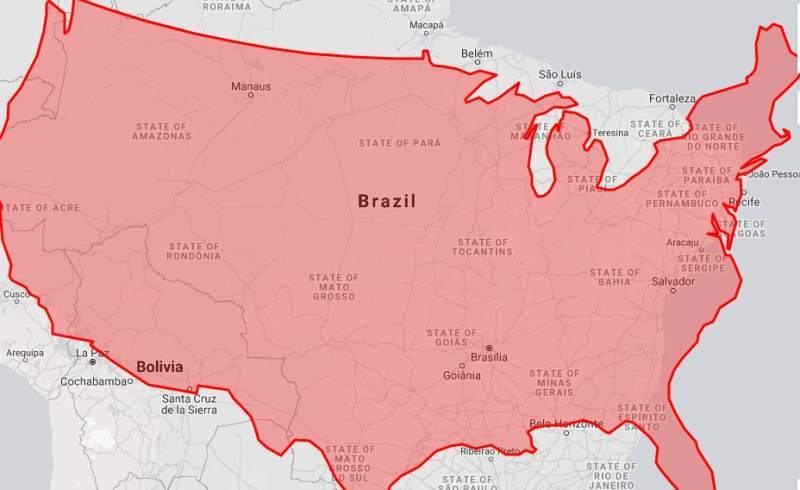 “This is equivalent to fires burning in many states across the entire country or a large portion of the country,” said Nigel Sizer, the chief program officer for advocacy group Rainforest Alliance, upon seeing Longcore’s model.

One challenge for people without experience dealing with major fire activity, Sizer said, was understanding the fact that “sending in a few water bombers or hundreds of army personnel even around one major fire doesn’t necessarily make much difference”:

People have seen that in the U.S. — it’s a huge effort to put out a fire in California that’s covering a few square kilometers and they’ve got great road access; water sources nearby; all the resources of state and maybe federal; a $1 billion contingency budget or whatever they have for these kinds of things. It’s substantial, and it’s still very hard.

Putting out fires that are already burning strongly through a tropical rain forest region, he added, is nearly impossible.

“They’re gonna burn until the debris is burned or until it starts raining a lot and the weather changes,” Sizer said.

While efforts to help combat the fires have seemingly exacerbated tensions between Brazilian President Jair Bolsonaro and other leaders, Sizer said the level of concern shown by the general public about the fires has been “inspiring.” His own group, he said, recently raised $500,000 for six groups affected by the fires through a campaign mounted on their Instagram page.

“We’ve been amazed at the outpouring of concern on social media about this,” Sizer said. “We’ve never seen such a strong reaction around something that we’re directly involved in.”