Davenport remarked “Unfortunate sample badge number choice in my opinion,” but did not initially explain the significance of the image further. In a subsequent tweet, Davenport linked to the page:

The Anti-Defamation League (ADL) includes “1488” or “14/88” in its Hate Symbols Database. A short entry about the numbers as white supremacist code explains:

1488 is a combination of two popular white supremacist numeric symbols. The first symbol is 14, which is shorthand for the “14 Words” slogan: “We must secure the existence of our people and a future for white children.” The second is 88, which stands for “Heil Hitler” (H being the 8th letter of the alphabet). Together, the numbers form a general endorsement of white supremacy and its beliefs. As such, they are ubiquitous within the white supremacist movement – as graffiti, in graphics and tattoos, even in screen names and e-mail addresses, such as [email protected] Some white supremacists will even price racist merchandise, such as t-shirts or compact discs, for $14.88.

We referenced that source in a June 29 2020 fact-check about a Trump store commemorative baseball, which was priced at $88:

A symbol with a similar history was spotted on shop.donaldjtrump.com (although without a reference to 1488 or 14/88):

In September 2018, the number 1488 was spotted in a controversial Department of Health and Human Services apparent admission that it had “lost track” of “1,488” children (a number that was later revealed to be so wildly inaccurate as to be meaningless):

On February 15 2018, another reference appeared from DHS. This time, it was a fourteen-word-long title on a bizarre Department of Homeland Security memo that also bore a remarkable similarity to the neo-Nazi “Fourteen Words” trope that the number “14” references in such signaling. As the Anti-Defamation League pointed out:

“14 Words” is a reference to the most popular white supremacist slogan in the world: “We must secure the existence of our people and a future for white children.” The slogan was coined by David Lane, a member of the white supremacist terrorist group known as The Order (Lane died in prison in 2007). The term reflects the primary white supremacist worldview in the late 20th and early 21st centuries: that unless immediate action is taken, the white race is doomed to extinction by an alleged “rising tide of color” purportedly controlled and manipulated by Jews.

Because of its widespread popularity, white supremacists reference this slogan constantly, in its full form as well as in abbreviated versions such as “14 Words”, “Fourteen Words,” or simply the number “14.”

The “Fourteen Words,” again, is as follows:

At the time, Twitter users questioned whether the length of the title juxtaposed with the phrase “we must secure” was possibly accidental:

This is an actual story on an official government website with a 14-word headline starting with "we must secure". This is not an accident. There are actual Nazis-who-call-themselves-Nazis at DHS. https://t.co/Q01TRRpNaI

As of July 6 2020, the link Davenport supplied led to this empty page. However, an archive of the page as it was displayed on July 3 2020 proved that the image accurately reflected the content of the page at the time of Davenport’s post: 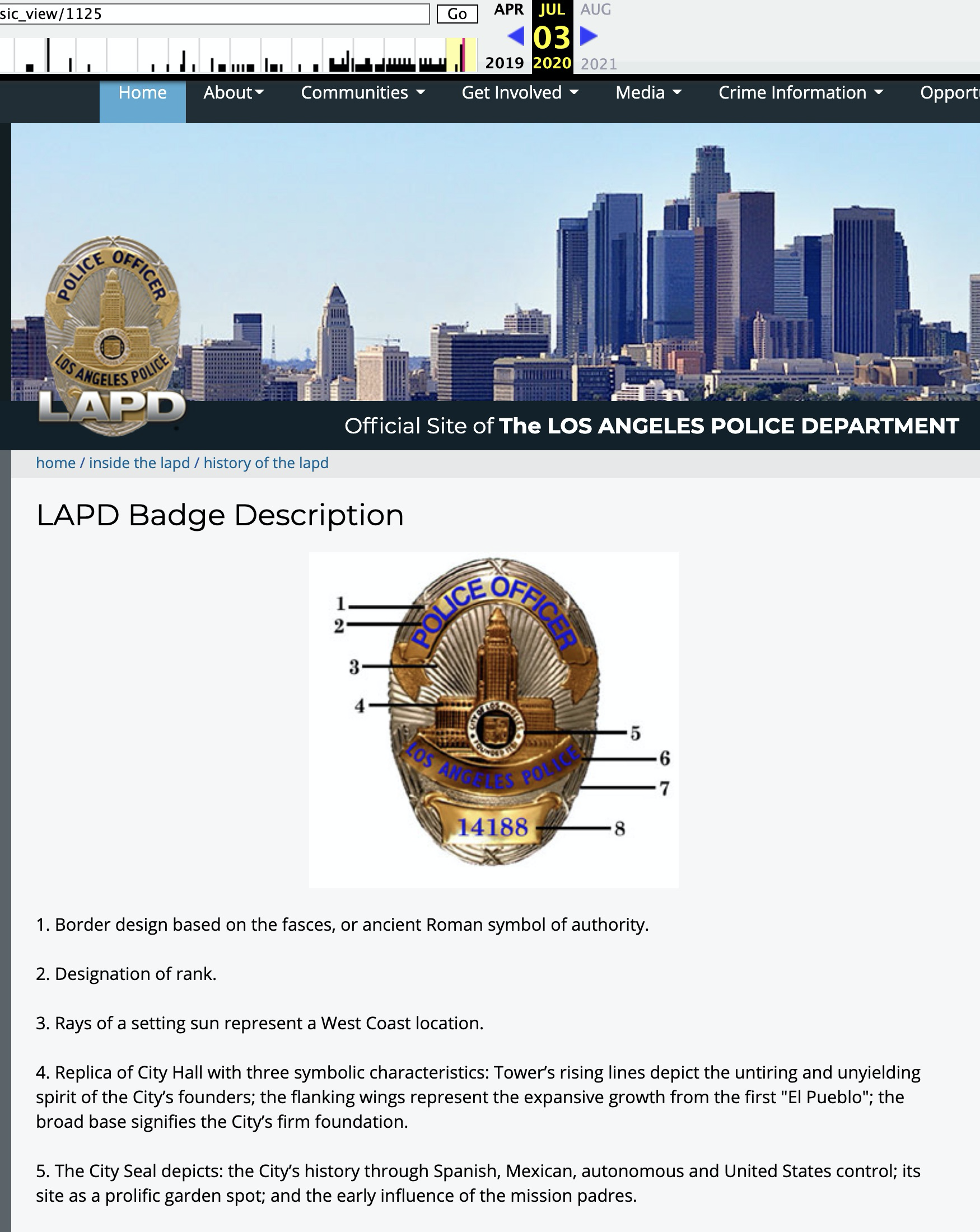 Moreover, the earliest archived version of the page we found was saved on May 8 2006: 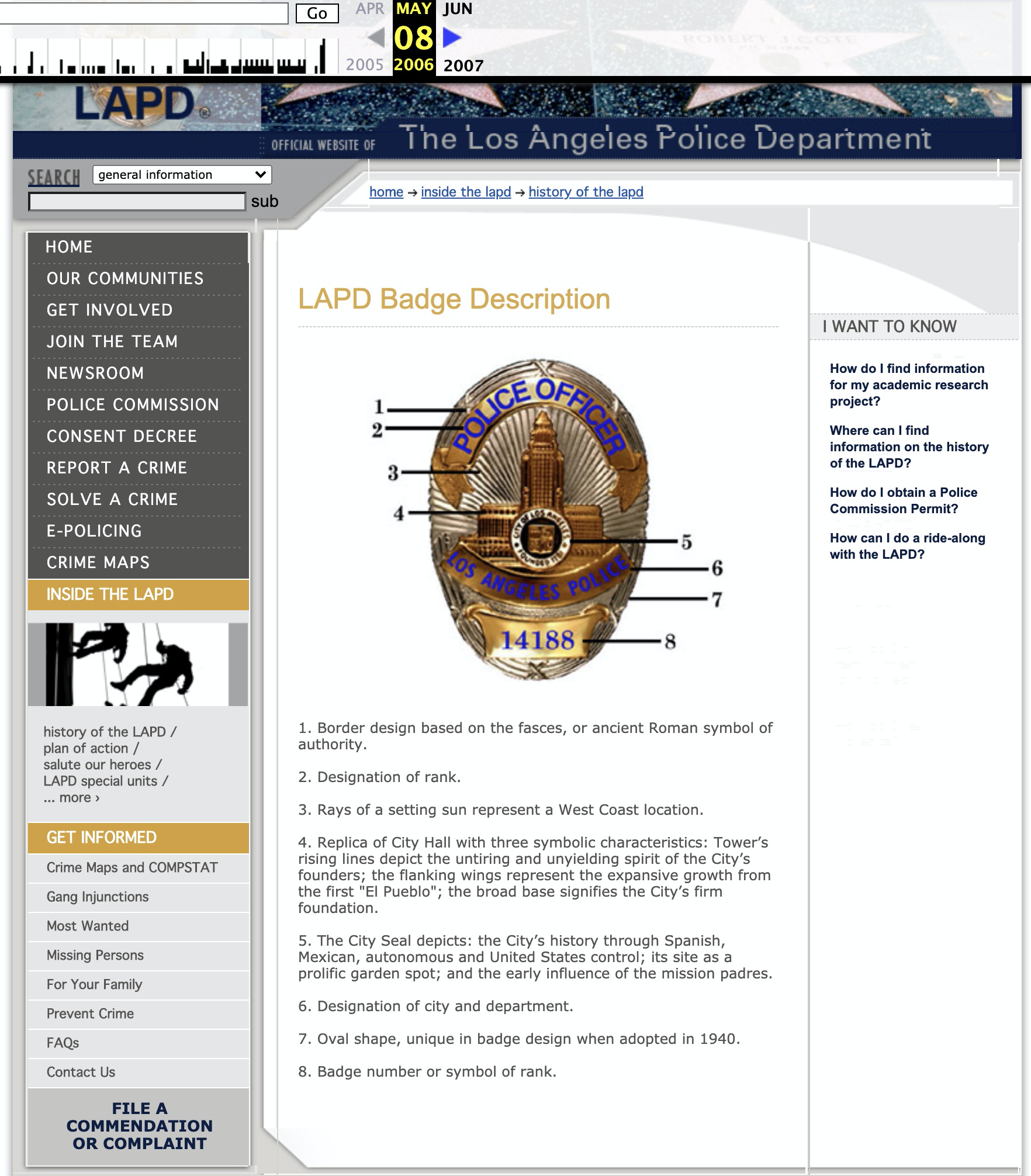 Before July 2020 brought press scrutiny, the example remained unchanged for more than a decade; it was published no later than May 2006.

The Southern Poverty Law Center’s Extremist Files’ entry for white nationalist David Lane attributes the authorship of “14 words” to him, and begins:

A member of the terrorist group The Order, which was responsible for the 1984 assassination of Jewish radio host Alan Berg and many other crimes, Lane became even more of a movement icon after penning what rapidly became the best-known slogan of the U.S. white supremacist movement, the so-called “14 Words” (“We must secure the existence of our people and a future for White children.”). Sentenced to a total of 190 years for his crimes as a member of The Order, Lane spent his time in prison industriously pumping out racist tracts and other propaganda. After his death, a number of small memorial rallies were held in the United States and several European nations.

In a section titled “Background,” the SPLC explains:

David Lane was the Renaissance man of late 20th-century white nationalism. But the conspirator, writer, publisher, and theologian is best known on the radical right for coining the “14 Words,” a very popular white supremacist slogan: “We must secure the existence of our people and a future for White children.” Also popular is Lane’s “88 Precepts,” a list of statements on what he calls “natural law.” (Among neo-Nazis, because H is the eighth letter of the alphabet, 88 stands for “Heil Hitler.”) Lane was known for big proclamations. In his first trial, he told the court: “I do not recognize a government whose single aim is to exterminate my race. … I have given all that I have and all that I am to awake the people from their sleep of death.”

The SPLC noted that Lane was imprisoned on charges related to the assassination of Berg in 1984. While in jail, Lane wrote many things — among them those “fourteen words.” In 1995, his wife created the 14 Word Press — indicating the code was well-established and in use in 2006:

In prison, Lane wrote furiously, producing many articles for extremist journals with the overriding theme of racial survival. It was there that he authored the “14 Words” and “88 Precepts.” Always anxious to move beyond rhetoric, Lane wrote the article “Strategy,” in which he called for a group of white families to relocate to a remote country. There, they could breed Aryan children and take over the local political system, creating a haven where the white race could prosper. His numerous writings relentlessly targeted the Jews, Christianity, and law enforcement, which he considered “the most brutal and unthinking segment of the population.”

To create an official outlet for his popular writings, Lane and wife Katja Lane, whom he married while in prison in 1994, established the 14 Word Press in 1995, dedicated to promotion of Lane’s racist ideology … Katja Lane ran the 14 Word Press, along with friend Ron McVan, out of her home in St. Maries, Idaho, for several years. But in 2001, she announced that she was handing over responsibility for the press to Steve Wiegand of Micetrap Distribution, a New Jersey-based hate-music producer. The press has since gone defunct.

Today, the doctrines of David Lane live on, embedded in the ideology of many white supremacist groups and called up regularly by the popular hate symbol 14-88 (where 14 stands for the 14 words and 88 stands for “Heil Hitler,” as noted above).

On July 3 2020, Hayes Davenport drew attention to a LAPDonline.org page (“LAPD Badge Description”), and the unexplained choice of the number “14188” for the “example badge. As of July 6 2020, the link provided by Davenport led to an empty page. Although appearances of the numbers 14, 88, and 1488 have escalated in recent years, the LAPDonline.org page was published no later than May 2006. At that time, the code was already common among white supremacists and white nationalists.