Legal Drinking Age Being Raised to 23 in February-Fiction! 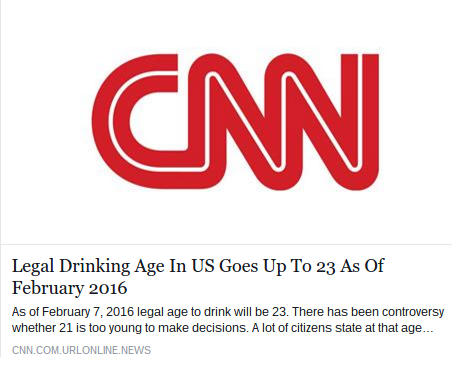 When people click through on a link to read the report, they’re directed to a web page that says, “We’re sorry, but you were tricked! It was just a joke!!!” Then, of course, readers are encouraged to share the post to “prank” their friends: 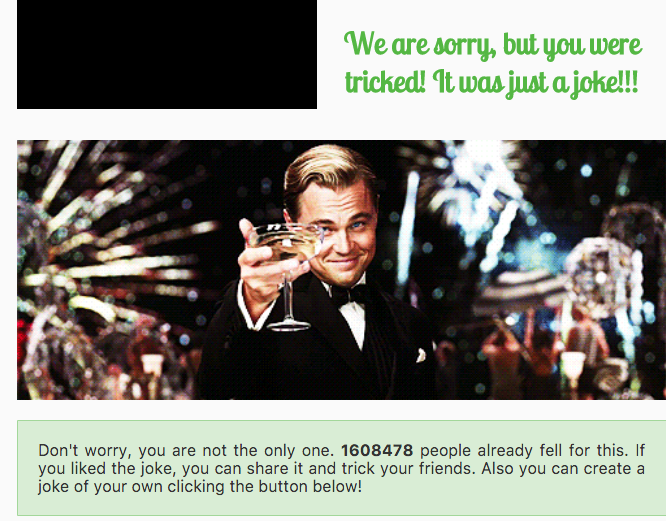 Within days, nearly 1.7 million people had clicked on the link. Those who read the post but didn’t click on the link to read the entire report, however, had no way of knowing that it was a prank, which fueled confusion.
This isn’t the first time that false reports have been circulated about changes to the legal drinking age, either. In February 2015, another false report that appeared at Daily Buzz Live claimed that President Obama had signed a law lowering the drinking age to 18.: 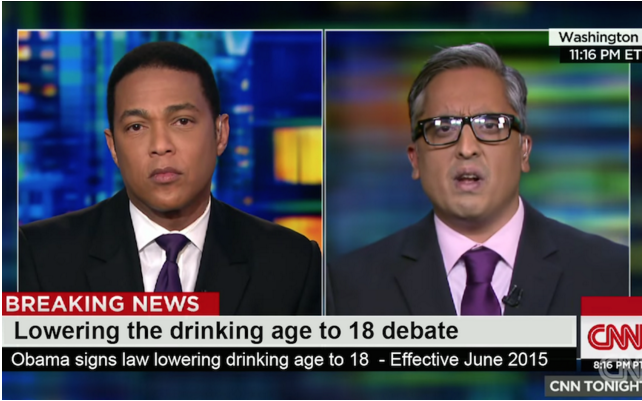