This is a forwarded email that alleges that major league baseball catcher Moe Berg was a U.S. spy who filmed the Tokyo skyline, which was later used by General Jimmy Doolittle to plan the 1942 bombing mission on the Japanese capital. 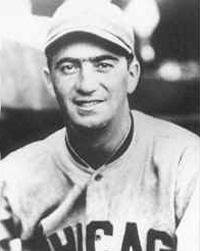 Baseball catcher Moe Berg studied modern languages while he attended Princeton University.  His language skills came in handy when he travelled abroad to spy for his country, according to his ESPN bio.

Biographer, Nicholas Dawidoff. confirmed the account about Berg sneaking a movie camera under a kimono while visiting a Tokyo hospital.  From there, Berg managed his way up to the roof he was able to film most of Tokyo and possible targets for the 1942 Doolittle bombing mission.

The bio also said that Berg was an “officer in the Office of Strategic Services, the forerunner of the CIA, in 1943.”