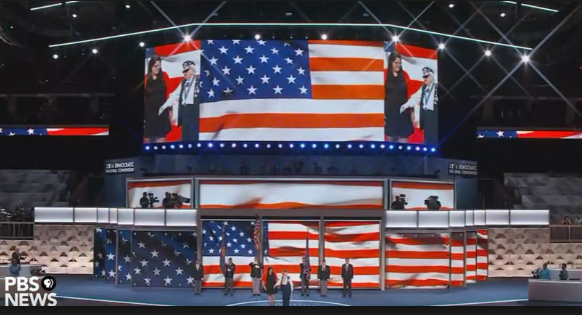 Besides that, a picture of Meryl Streep delivering a speech during the second day of the convention disproves rumors that the flags were missing from the stage, and that attendees were banned from wearing American flag clothes: 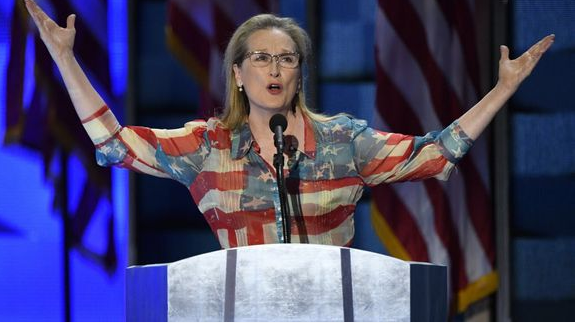 Rumors that the American flag had been banned from the DNC started with conservative websites like Conservative Outfitters and Daily Caller with stories appearing under headlines like, “No Visible American Flags Present at the Democrat Convention.”
These stories used images of the stage at times when no American flags were pictured on the LED screens to make that point. In reality, it’s just as easy to find examples of a flag-free stage at the Republican National Convention. This screen grab of Rudy Giuliani’s speech is an example of that: 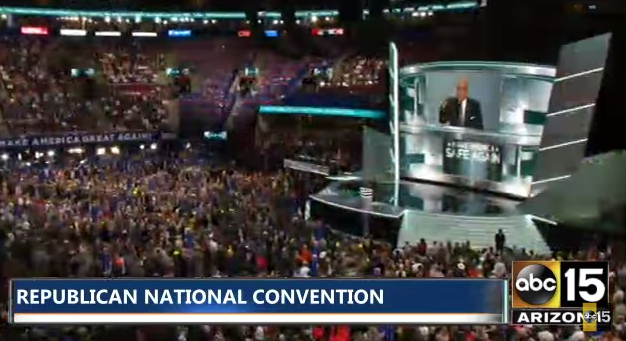