A Washington “insider” account alleges that President Obama hesitated to give the kill order in the situation room during the May 1, 2011 mission to capture or kill the terrorist Osama Bin Laden.  Various versions of this eRumor say that the President was overridden or overruled by Central Intelligence Agency head Leon Panetta, who really issued the kill order.

The Truth:
We have not found any evidence to substantiate that Central Intelligence Agency (CIA) Director Leon Panetta overrode the President’s authority.   All statements indicate that the order was given on the Thursday prior to the mission.

In a May 3rd NBC news interview Panetta told reporter Brian Williams that the President signed the mission order on the previous Thursday, the 28th of April.
Dialog from the NBC interview:
BRIAN WILLIAMS:  When did the President’s order in this mission become real and go up and become a possibility?

LEON PANETTA: Well, as you know as we’ve been- debating this issue for a long time. And we had a number of sessions at the White House going over all of the intelligence and all of the approaches as to how we would conduct these operations. 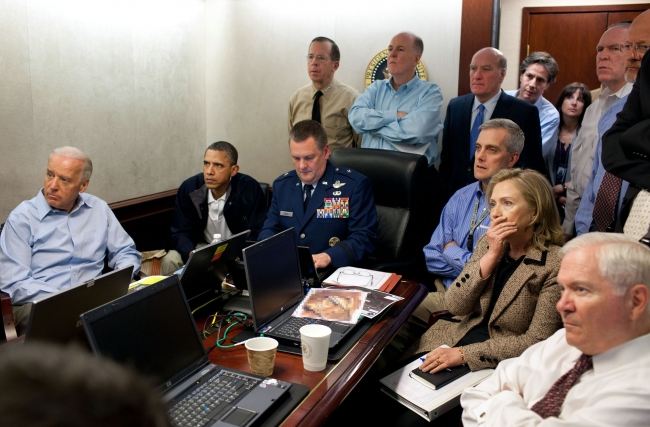 On May 8, 2011 the President appeared on the CBS Sixty Minutes program and told reporter Steve Kroft that he was in the situation room monitoring the mission.  Obama was aware of unfolding events around the compound and getting reports from special forces operations head Bill McRaven and Leon Panetta.

Dialog from President Obama’s account of the mission on CBS 60 Minutes program:

KROFT: I want to go to the Situation Room. What was the mood?

PRESIDENT OBAMA: Yeah, but doing a lot of listening as well, ’cause we were able to monitor the situation in real time. Getting reports back from Bill McRaven, the head of our special forces operations, as well as Leon Panetta. And you know, there were big chunks of time in which all we were doin’ was just waiting. And it was the longest 40 minutes of my life with the possible exception of when Sasha got meningitis when she was three months old, and I was waiting for the doctor to tell me that she was all right. It was a very tense situation.

KROFT: Were you nervous?

KROFT: What could you see?

KROFT: Right. And that went on for a long time? Could you hear gunfire?

PRESIDENT OBAMA: We had a sense of when gunfire and explosions took place.

PRESIDENT OBAMA: Yeah. And we also knew when one of the helicopters went down in a way that wasn’t according to plan. And, as you might imagine that made us more tense.

KROFT: So it got off to a bad start?

PRESIDENT OBAMA: Well, it did not go exactly according to planned, but this is exactly where all the work that had been done anticipating what might go wrong made a huge difference.

KROFT: There was a backup plan?

Also,  there did not appear to be any delay in the President’s decision once intelligence confirmed the location of the Al Qaeda leader.  Rigorous planning took place months prior to the mission which included the President being briefed on every stage of the mission plan as well as back up contingency plans.   Obama said this about the Special Forces team and the planning, “Obviously we have extraordinary guys. Our Special Forces are the best of the best. And so I was not involved in designing the initial plan. But each iteration of that plan they’d bring back to me.”

In a Central Intelligence Agency (CIA) statement to employees that was reported in the Wall Street Journal on May 2, 2011, the CIA head wrote. “Persistent hard work produced the results that the American people expect of their intelligence service: We gave President Obama and his team accurate, relevant, timely intelligence—providing the information and insight they needed at key points as this mission developed. I offered my personal thanks to the President for his willingness to make the courageous decision to proceed with the operation.”