The largest previous Gulf of Mexico dead zone was in 2002, encompassing 8,497 square miles. The smallest recorded dead zone measured 15 square miles in 1988. The average size of the dead zone over the past five years has been about 5,500 square miles, nearly three times the 1,900 square mile goal set by the Hypoxia Task Force in 2001 and reaffirmed in 2008.

The hypoxic zone off the coast of Louisiana and Texas forms each summer threatening the ecosystem that supports valuable commercial and recreational Gulf fisheries. NOAA-funded research in the past decade shows hypoxia results in habitat loss, displacement of fish (including shrimp and croaker) from their preferred areas, and a decline in reproductive ability in some species. 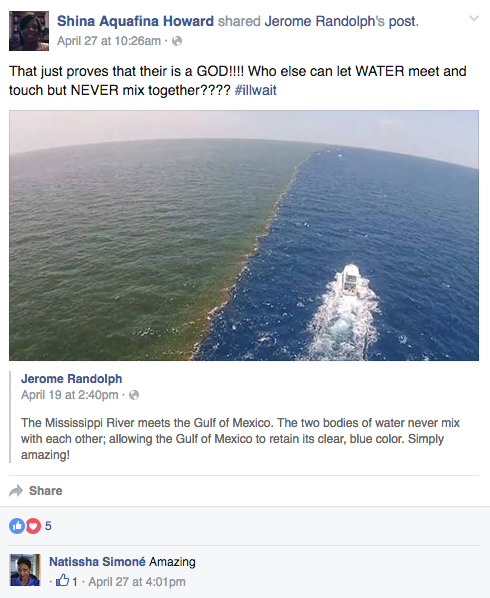 So, there are areas of the Gulf of Mexico where a clear divide between blue and green water can be seen. However, that line in the water isn’t permanent and constantly changes based on a number of factors. That’s why we’re calling this one mostly true.