In a November 10 2021 tweet, data reporter Rani Molla claimed that Google searches for “how to send a resignation email” had spiked dramatically in the preceding 90 days:

Searches for “how to send a resignation email” rose 3,450% on Google in the past 3 months

The tweet did not include a source, and it read:

Searches for “how to send a resignation email” rose 3,450% on Google in the past 3 months

Screenshots of the tweet were shared twice to the subreddit r/antiwork, once on November 10 2021, and one the following day:

Google Results: More are Looking to Quit from antiwork

People are really reaching their limits from antiwork

Of the two Reddit threads, the first was significantly more popular. Discourse on the post largely considered the claim through the “Great Resignation” lens — the broader notion that Americans were less willing to endure overbearing employers than they had been before the beginning of the COVID-19 pandemic:

‘Boss Texts on Your Day Off? Leave Them Unread’ Billboard

More Americans approve of labor unions than at any point since 1965 https://t.co/QJpslGEioO

Nothing in the tweet indicated it was intended to be hyperbolic or otherwise not sincere, but one Reddit commenter noted:

I’m guessing this tweet was not meant to be taken seriously… because no, it hasn’t …

Typically, information about patterns in Google searches over a period of time was derived from Google Trends, making the claim easy to check. We searched “how to send a resignation email” (both in quotes and without quotes) on Google Trends, setting the parameters to “90 days,” the three-month period referenced in the tweet. 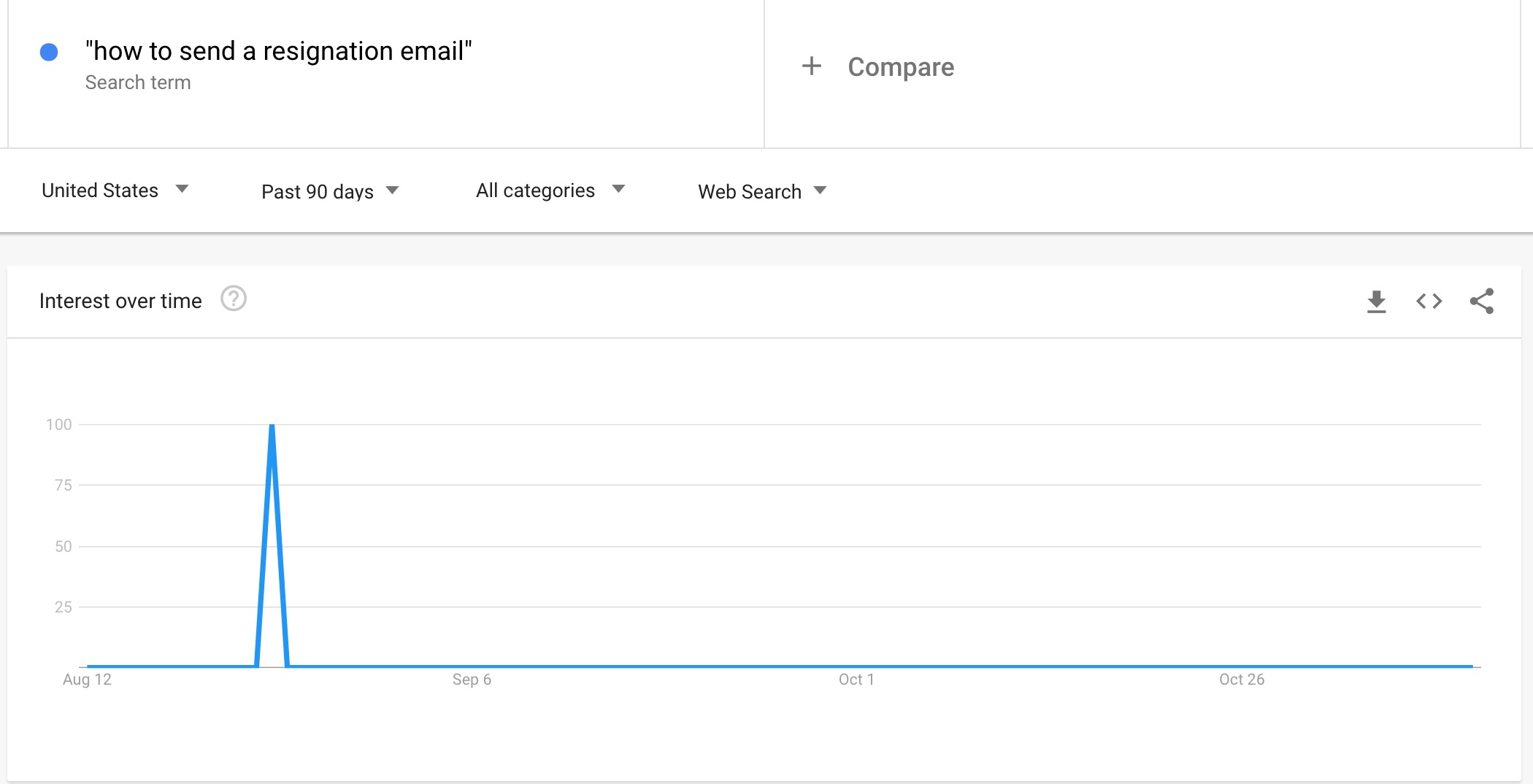 Typically, an increase in search interest appears in the “Related queries” field in the bottom right-hand corner of Google Trends’ interface. Both searches demonstrated no measurable increase in that search or related terms: 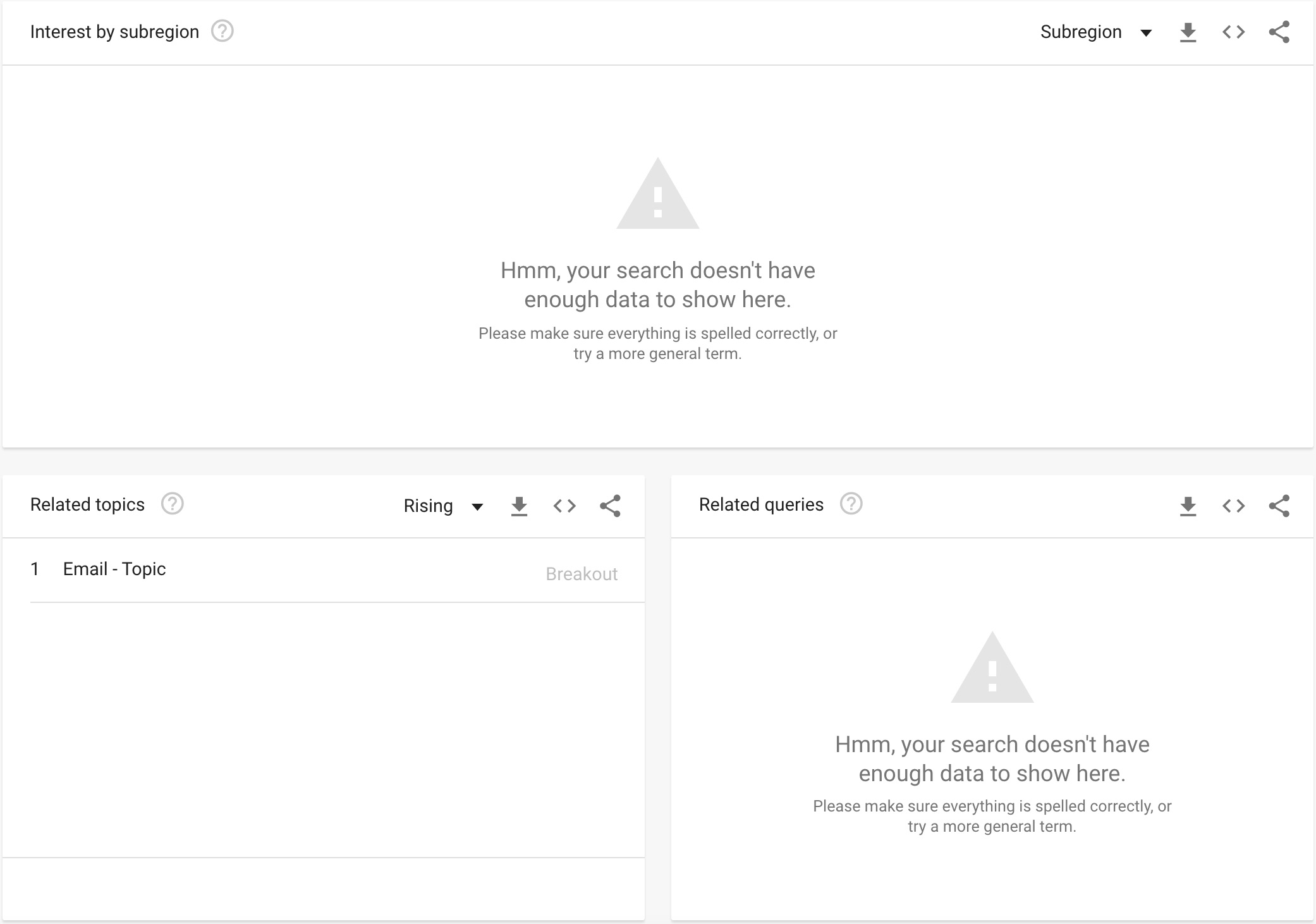 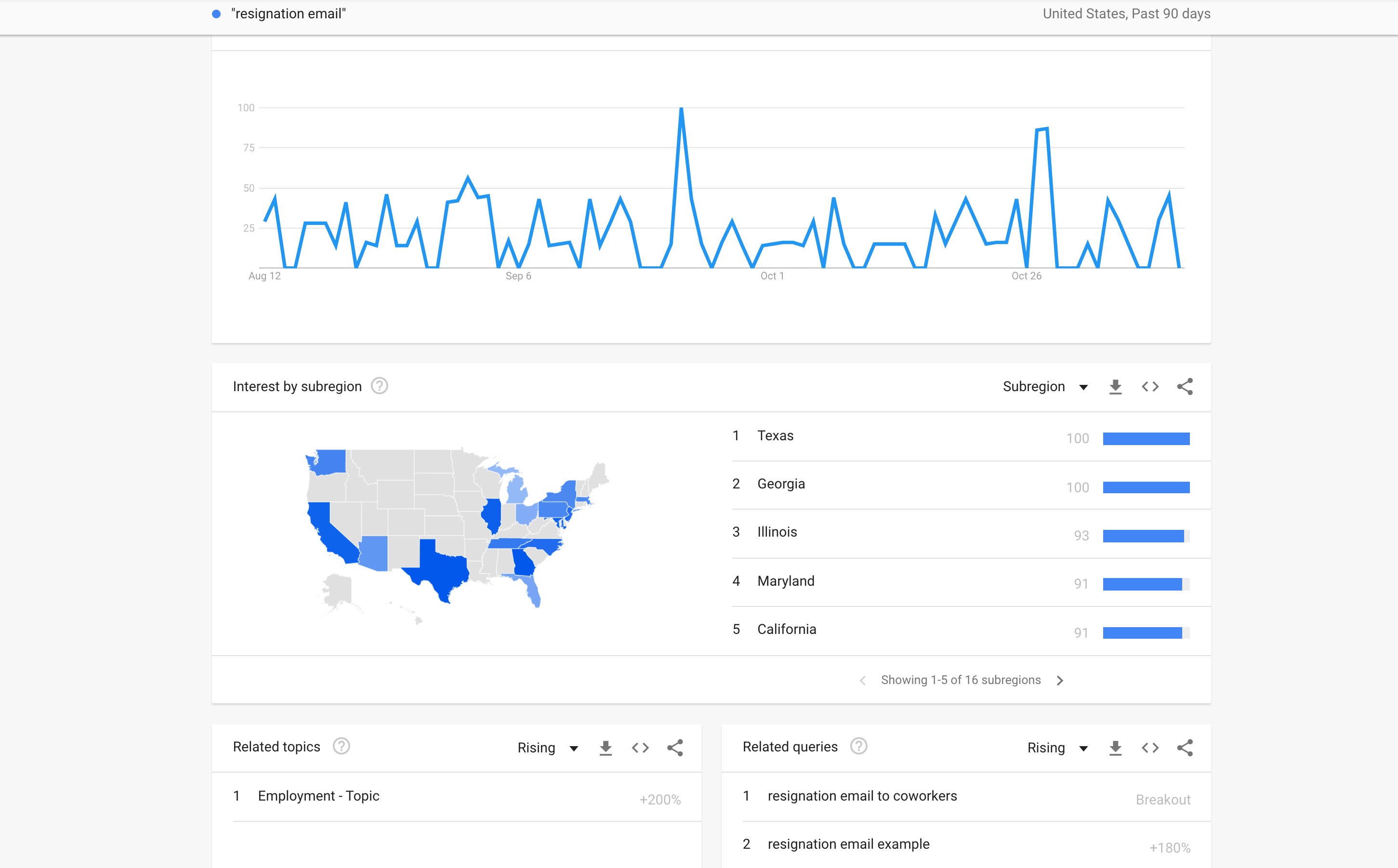 Of the two “Related queries,” “resignation email to coworkers” indicated “Breakout” interest. But clicking through to it with the same three-month date range applied demonstrated a single spike on August 31 2021, with no additional date spikes and no related queries.