Just as disinformation against vaccinations resurfaced yet again in 2021, so too did a cartoon warning readers about the dangers it brings.

The oddly topical cartoon shows four men — identified as an “anti-vaccinationist,” a “faddist,” “Mr. Careless,” and “anti-everything” — walking over a cliff labeled “misinformation” with the smallpox virus (represented by a bog) below. Even more pointedly, the first man is seen wearing a blindfold labeled as “prejudice.”

A tweet showing the cartoon bearing the caption “Comic made in the 1930s. History repeats over and over” has been shared several thousand times on the platform since being published on May 2 2021:

Comic made in the 1930s. History repeats over and over pic.twitter.com/7Hug8nFuuj

As the Independent noted:

Smallpox is a now eradicated virus that caused high fevers, fatigues and a rash. It is estimated to have killed some 300 million people from 1900 alone and a vaccine for the illness was first developed in 1796. Despite this development, scepticism about vaccines remained high. The Anti Vaccination Society of America was founded in 1879, for instance following a visit to America by leading British anti-vaccinationist William Tebb.

This contributed to the fact that the illness was not eradicated until the 1980s.

The cartoon’s history, however, dates back longer. The International Team of Comics Historians first featured it in October 2012 on their now-defunct blog Super I.T.C.H, identifying it as a piece first published in the booklet “Health in Pictures” in 1930.

We contacted Doug Wheeler, who wrote that post, seeking further corroboration. Wheeler, who co-created a section covering comics from the Victorian Age for Gemstone Publishing’s Overstreet Comic Book Price Guide, sent us not a photograph of not just that comic — noting that the original cartoonist’s initials, “G.C.” are visible at the bottom — but the cover to “Health In Pictures,” where the image is also visible: 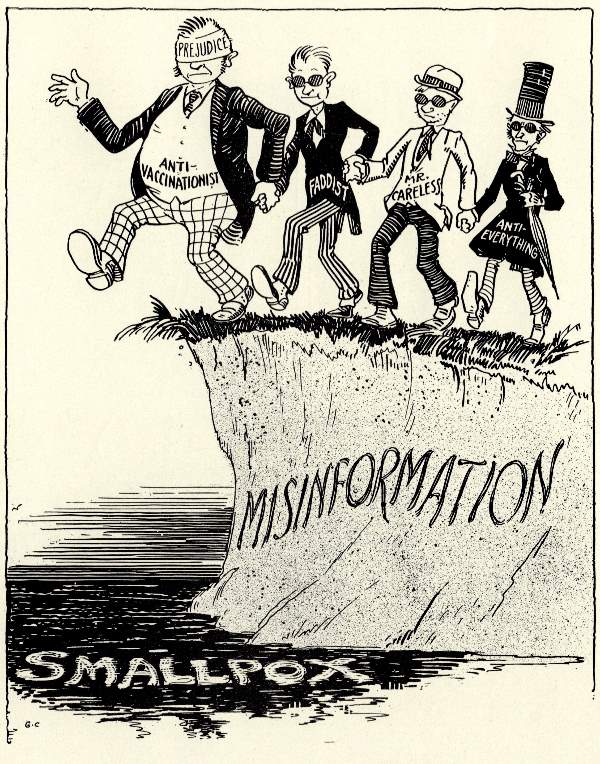 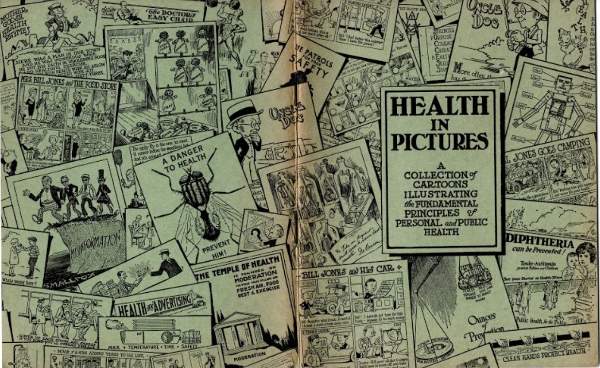 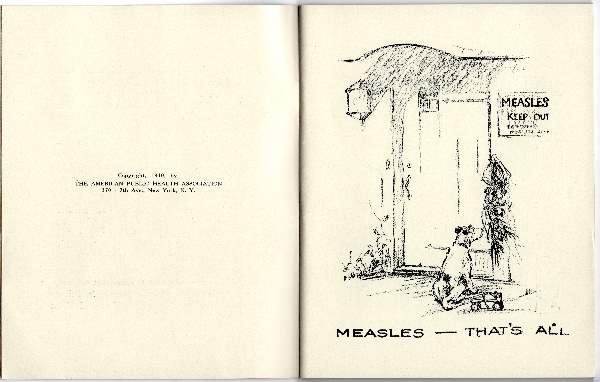 We contacted the APHA, which was founded in 1872, seeking comment.

The image recirculated in 2015 in a Medium post that linked back to Super I.T.C.H. The cartoon gained even more visibility that November after being featured in an interview published in LitMed Magazine (an in-house publication of the school of medicine at New York University) with Philip Cawkwell, who was awarded the Rudin Fellowship in Medical Ethics and Humanities that year.

Cawkwell said of the cartoon, but without elaborating further:

My favorite part about it is that it’s not a current cartoon but from 1930. So it’s this reminder that this isn’t new; it’s maybe new in the pubic consciousness and becoming a big thing in the media. As long as there have been vaccines, there have been people who have fought against compulsory vaccination. It’s always been really tough to convince people that they need to do something for society and that they aren’t making a big mistake. It’s been played out over and over again every single decade since the 1850’s.

It should also be noted that anti-vaccine disinformation also preceded the Health In Pictures cartoon; in 2016 the History of Vaccines project from the College of Physicians of Philadelphia identified a separate image first published in 1924 that also showed “antivaccinationist leading Ignorance, Bigotry, Carelessness, Innocence off a cliff to smallpox”:

Days after the Health In Pictures cartoon spread again online, the New York Times published a story citing medical experts saying that it could be more realistic to imagine the spread of the COVID-19 pandemic to be mitigated, as with influenza outbreaks, rather than stopped entirely, and that herd immunity — in which enough U.S. residents would be vaccinated against the disease to prevent further outbreaks — might not be achievable.

“The virus is unlikely to go away,” evolutionary biologist Rustom Antia told the newspaper. “But we want to do all we can to check that it’s likely to become a mild infection.”

Update May 4 2021, 9:54 am PST: Updated with more information on the cartoon, as provided by Doug Wheeler.