On or around August 6 2021, a Twitter hashtag (#AskMeWhy) emerged, appearing on numerous tweets asserting that vaccination campaigns were “racist”:

As seen in the tweet above, #AskMeWhy was often paired with images featuring logos for additional credibility and to seed disinformation about the origins of this particular push by associating it with movements or organizations, such as Black Lives Matter and the Human Rights Campaign.

On August 6 2021, we clicked the #AskMeWhy hashtag, finding myriad tweets from just two accounts. Those accounts were suspended as of August 9 2021, but the content of some of those tweets were preserved elsewhere: 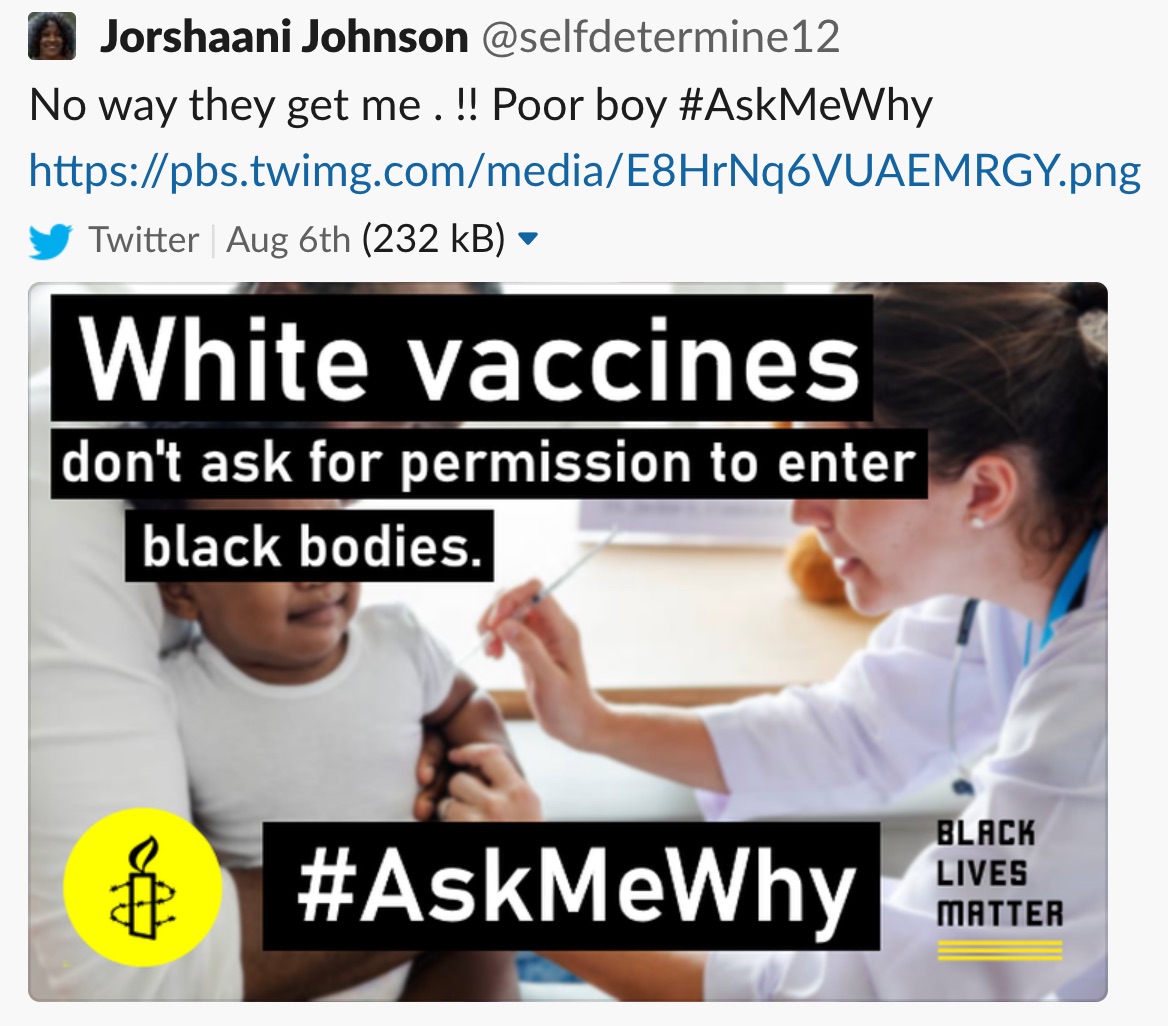 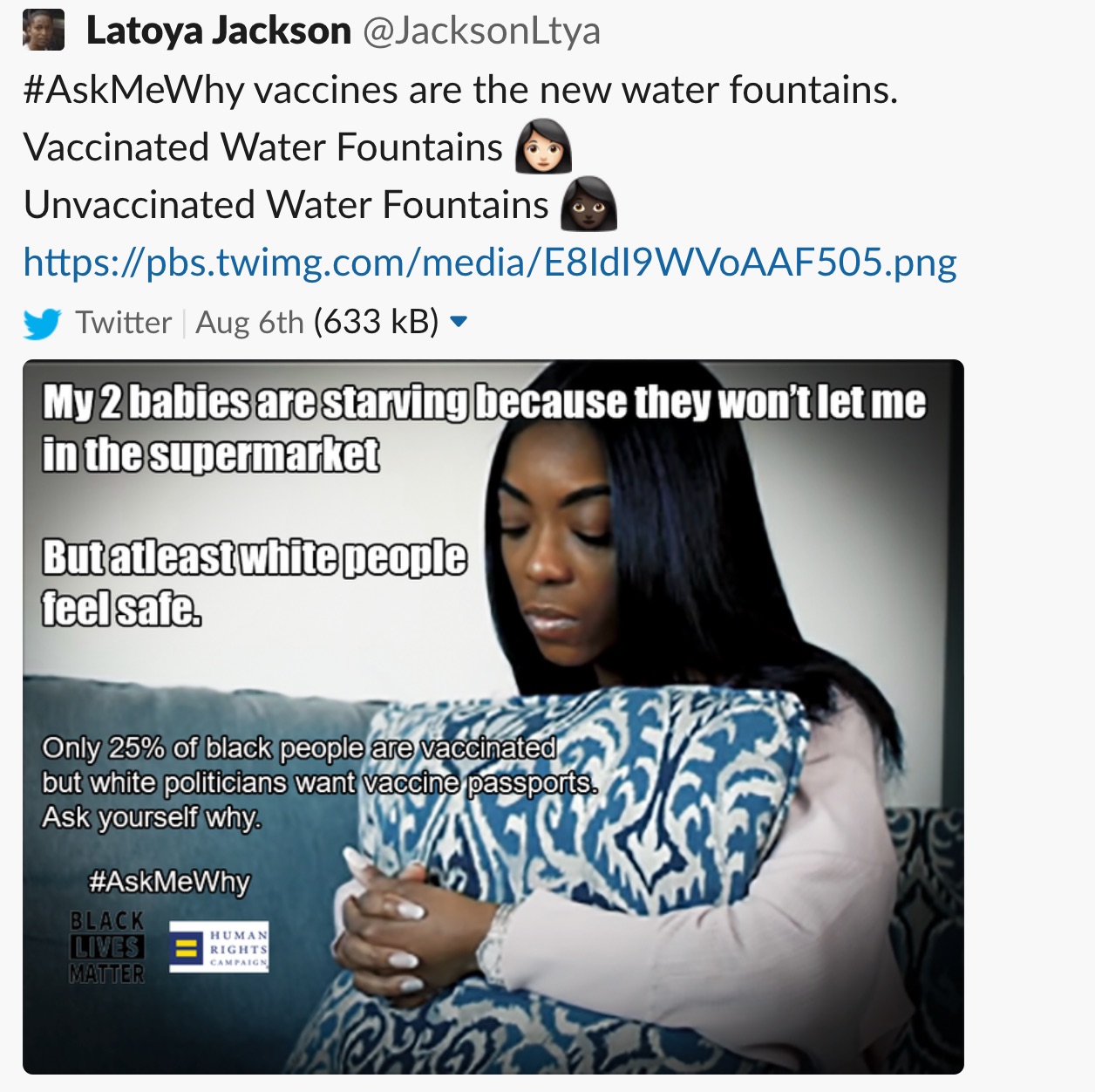 Both Twitter accounts in the screenshots above were created in August 2021, a tactic frequently employed on 4chan’s /pol/. On August 6 2021, we searched #AskMeWhy, locating and archiving a 4chan thread planning the disinformation campaign created the same day.

In the thread, 4chan users began presenting and rating submissions on whether memes used in tweets and posts for their inauthentic organizing were “subtle” or “passable”:

In other comments, participants explained their motivations in creating fake Twitter accounts and shared tips on fabricating additional personas:

“The point is to create stigma towards vaccine passports so the govt. fucks off. By stimulating the tiny ***** brain with propaganda, vaccine passports could be prevented from becoming policy due to inferred racist connotations. Try to keep up n******”

Readers quickly noticed the tweets and correctly surmised that they were part of a 4chan endeavor:

So there is a 4chan op to try to convince black people not to get vaccinated??? Make being vaccinated into being against BLM? It isn't clear. But if you see #askmewhy you'll find lots of these posters. pic.twitter.com/aKouPcgckO

On August 6 2021, #AskMeWhy emerged as a hashtag, accompanied by images about vaccines being “racist”; most iterations were attached to logos for Black Lives Matter, the Human Rights Campaign, and Amnesty International. The effort was entirely insincere, created (as a 4chan user explained) to “create stigma towards vaccine passports so the govt. fucks off.” The content and promotion of the campaign was completely inauthentic, and threads through which the well-poisoning was planned were archived and accessible.