This is a forwarded email that contains a bucket list of  13  items.

This appears to be a grass roots movement started by someone who may not be happy with the decisions of the current administration.
At the time of this posting it is not certain how viral this eRumor has spread.
One point on the list, regarding the healthcare insurance of elected officials, is incorrect.  All healthcare insurance polices must be compatible with the guidelines of the Affordable Care Act (ACA).   Because of this, over six million policies throughout the U.S. were cancelled in 2013.  If a Congressional representative policy was not compatible with the ACA that policy would have been cancelled.  Therefore, all Congressional healthcare policies are the same as everybody else.
House Speaker John Boehner signed up for “Obamacare” on November 25, 2013 according to a CNN article dated that day.  The article said, “If members of Congress want health coverage facilitated by the government acting as their employer, they now must sign up with Obamacare.”
The article said that “Boehner’s premiums for his new plan under the Affordable Care Act will nearly double from his current monthly payments, even with the federal contribution.” 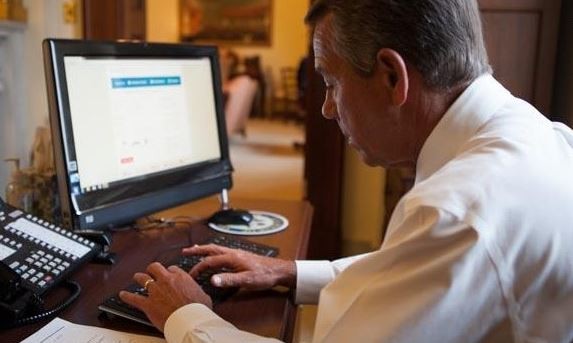