Even If You Are Not Catholic, This Is Eye Opening-Grass Roots Movement!

The Truth:
This is a grass roots movement to convince voters not to elect candidates in the 2014 who will align themselves with President Obama and his agenda.
Let’s take a look at the points of the eRumor one by one:
One out of five people in this country receive their medical care at a Catholic hospital.-Close Enough!

According to the “The Facts about Catholic Health Care in the United States” found posted on the Catholics for Choice Organization website the number is closer to 1 in 6.  There are 611 Catholic hospitals in the U.S., making up close to 12% of the total hospitals around the country.

The Catholics for Choice Organization also said that there were “more than 15.4 million emergency room visits and more than 86 million outpatient visits to Catholic hospitals” 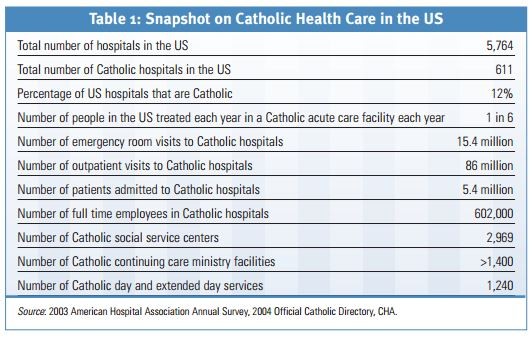 According to the Association of Catholic Colleges and Universities there are “262 Catholic institutions of higher education in the United States.”   They also said that Catholic higher education has educated more than 940,000 students per year.
According to the National Catholic Education Association (NCEA) there are “6,685 Catholic schools: 5,472 elementary; 1,213 secondary” in the U.S.”   The NCEA also said that “total Catholic school student enrollment for the current academic year is 2,001,740. 1,415,244 in elementary/middle schools; 586,496 in secondary schools.”

President Obama said that the US is no longer a Christian Nation-Taken Out of Context!
President Obama did say “we do not consider ourselves a Christian nation” in Turkey but this quotation has been taken out of context. The President said, “We do not consider ourselves a Christian nation, or a Jewish Nation or a Muslim Nation. We consider ourselves a nation of citizens who are bound by ideals and a set of values.”    We have video of the speech posted at this link.
No Muslim Hospitals in the U.S.-Truth!
We have not found any Muslim hospitals in the U.S. but it is evident that there are a number of doctors, nurses, technicians and volunteers who are Muslims and working throughout hospitals in the U.S.
We are continuing to investigate this eRumor and will post findings here when we get them..