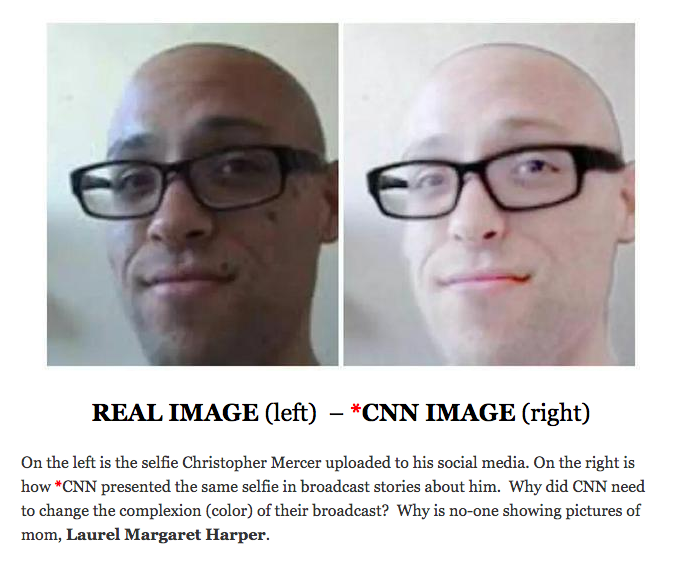 A screen grab that supposedly showed an altered picture of Chris Harper-Mercer on a CNN broadcast added even more fuel to the rumor: 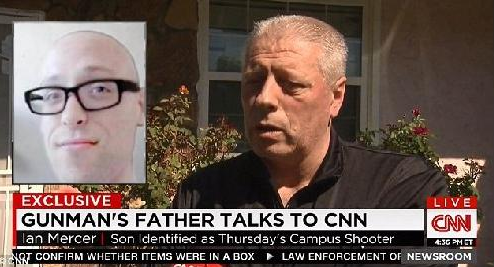 As it turns out, that photo of a lighter-looking Chris Harper-Mercer never appeared in the CNN’s interview of the shooter’s father. It was added to a screen grab from the interview to make it appear CNN had altered the photo.
Also, at the time that report had gone viral, a CNN senior media correspondent Brian Stelter dispelled the rumor by pointing out that the network hadn’t shown any images of Chris Harper-Mercer: 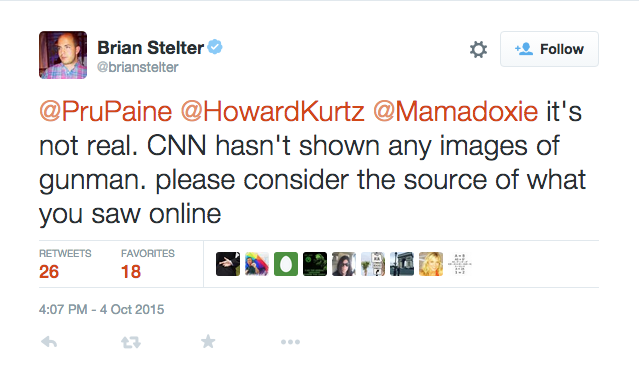 A search of CNN’s coverage of the Oregon community college shooting confirms Stelter’s claim that the network hadn’t broadcast a picture of the killer when the rumor went viral.