Twitter tweets and Facebook posts announcing the death of martial arts movie star Jackie Chan.  The rumor alleged that he fell to his death while filming a stunt.

Jackie Chan is not dead and he could not have fallen to his death in a stunt because he has been retired since May 2012.
Computer users should not click any links posted on such hoax messages offering to view video footage.
These links could direct computers to a virus infected site or install personal computers with an application containing spyware.

Days after the hoax went viral on the World Wide Web the 59 year old martial artist/actor posted a message on his official Facebook page saying that he was feeling good on September 7, 2013. 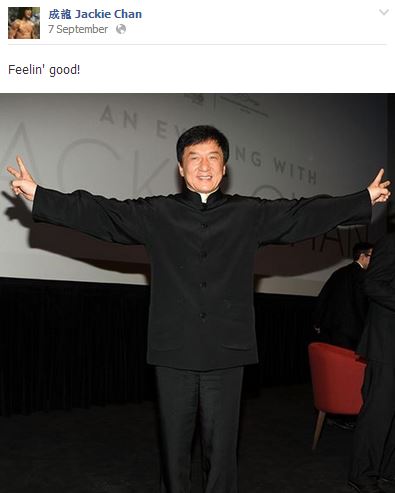