Summary of eRumor:
A forwarded email with photos of a 100 foot structure and says that it is a gift to the U.S. from the people of Russia.  The email says that this is called “The Teardrop” and serves as a memorial to the lives lost in the World Trade Center attack of September 11th.  The email goes on to ask why there was no press coverage. 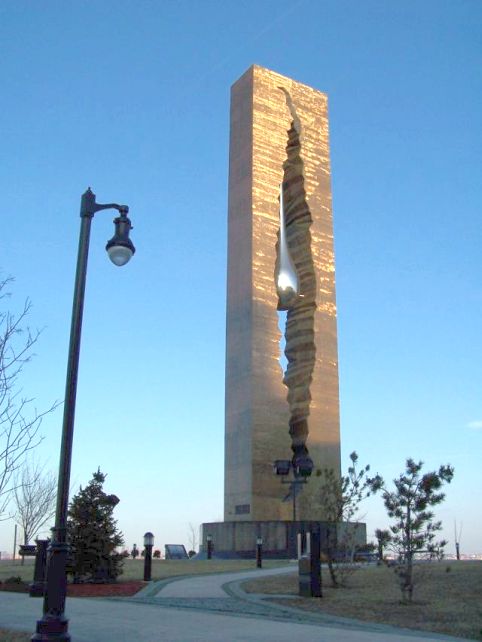 The “Teardrop” memorial is real and is a 100-foot September 11th sculpture that was donated by the Russian people and is located in New Jersey.

The memorial was dedicated on September 11, 2006 in a ceremony attended by former President Bill Clinton.  Also in attendance were Michael Chertoff, the Bush Adminstration Secretary of the Department of Homeland Security, and family members of World Trade Center victims. Recording artist Leann Rimes sang the National Anthem and Amazing Grace at the dedication ceremony.

Contrary to the claim of the eRumor, the announcement of the intended memorial as well as its dedication did receive nationwide news coverage including a visit to New Jersey on September 15, 2005, by Russian president Vladimir Putin for the groundbreaking ceremony.