Near Mid-Air Collision by the Air Force’s Thunderbirds-Fiction!

Summary of eRumor:
A picture of two Air Force Thunderbird jets appearing to have gotten into a potential disaster by getting to close to each other during a maneuver in their performance at an air show.
The message says one of the planes was going too fast but slowed and changed altitutej to barely miss hitting the other.

We contacted the Thunderbird office.

Staff Sgt. Katherine Garcia, chief of media relations for the Thunderbirds says the picture is real but is not showing the planes accurately and that the comment in the message about the picture are fabricated.

She says the picture was taken from a ground perspective that results in the planes appearing to almost collide but that in reality they were 500 feet apart.
She says the bottom plane was actually going straight down and the top plane was gaining altitude.
She adds that the Thunderbirds have procedures for calling a “knock-off” to the maneuver if any of them feels that they are too close for comfort and they simply go opposite directions from each other for sake of safety.
A Thunderbird ground observer is on duty during each performance and can also call for a knock-off if anything looks amiss from the ground.
Sgt. Garcia says the picture has been circulating on the Internet for quite a while but is, in reality, a snapshot from a normal Thunderbirds performance and that there was no danger.
Last updated 2/15/04 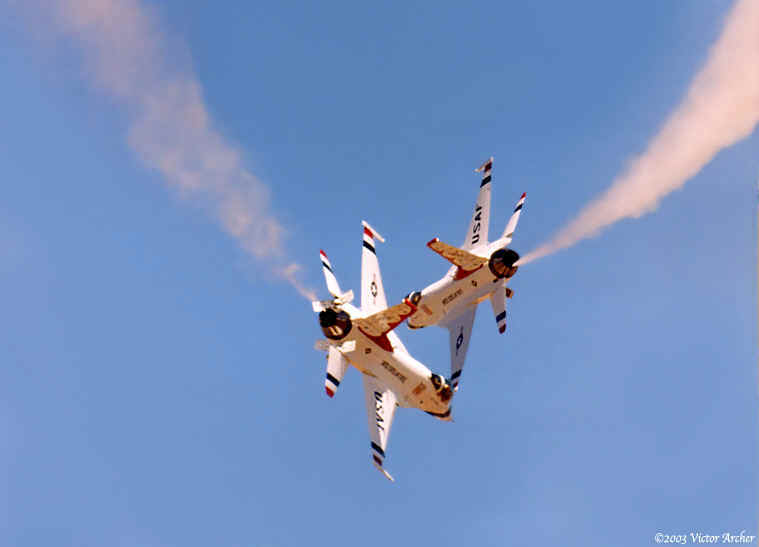 This is the way the picture is shown with the eRumor.
The planes appear to have gotten in each other’s way and are dangerously close to colliding. 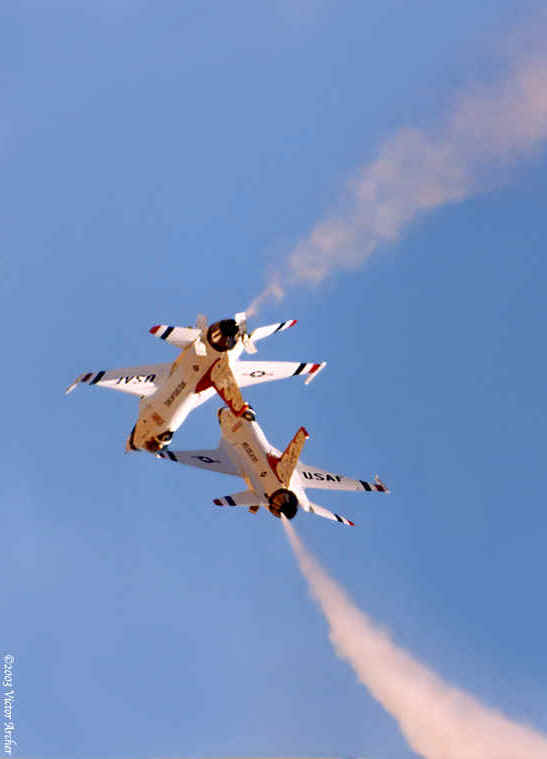 In reality, according to the Thunderbirds, the plane with the speed brakes deployed (those flap-looking devices on each side of the tail) was going toward the ground while the other was climbing.
The plane going down is closer to the camera than the one going up. 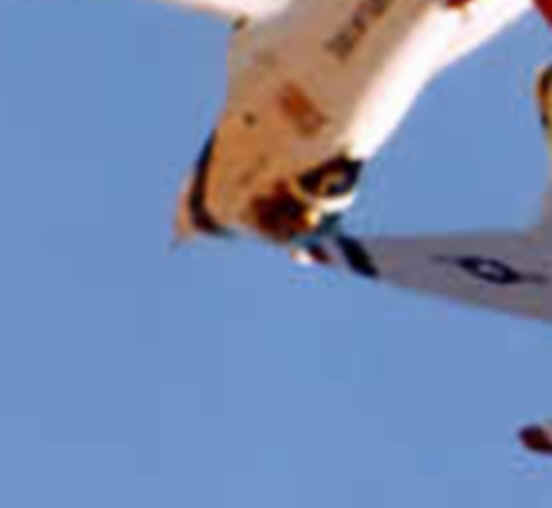