"There’s more cases of Covid in the White House than in all of New Zealand."

New Zealand’s effective response to and containment of COVID-19 during the global pandemic was a frequent talking point in mid-2020.

A photograph of a crowded, live rugby game went viral in July 2020, as Americans realized that residents of New Zealand enjoyed fewer restrictions on daily living:

‘New Zealand Rugby Game Today as We Have No COVID Cases’

At various times, New Zealand went long periods without a single case of community transmission — even as the pandemic raged and deaths increased in other countries. In early August 2020, news circulated that the United States had issued a travel advisory for New Zealand.

That claim was out of context, however, and appeared to reflect the lifting of restrictions rather than imposition of them:

Did the United States Issue a COVID-19 Travel Advisory for New Zealand?

Nevertheless, New Zealand reported intermittent new cases through the summer of 2020 and into the fall.

On the night of October 1 2020, news broke that White House advisor Hope Hicks — who is often in close contact with President Trump — tested positive:

Breaking—not only is Hope Hicks #COVID19 positive, but it was known Wednesday night, and she TRAVELED on Air Force 1 Wednesday night. https://t.co/4z2tz0d9Uq

Roughly four hours later and about an hour after midnight Eastern time on October 2 2020, reports that Donald and Melania Trump had also tested positive also began to emerge:

BREAKING: President Trump tweets that he and first lady Melania Trump have tested positive for the coronavirus https://t.co/svKJjGE7pT pic.twitter.com/toHcjdlKrG

Trump himself disclosed that information at 12:54 AM Eastern:

Vice President Mike Pence, as well as various Trump family members – including Trump’s son Barron and daughter Ivanka – may have just tested negative for coronavirus, but that doesn’t mean they are in the clear, one pathologist said Friday [October 2 2020].

Dr. Alan Wells, medical director of the University of Pittsburgh Medical Center’s Clinical Labs, points out the rapid tests used to make quick daily diagnoses do not catch all cases, and any test performed too early will give a false negative.

The White House issued two memoranda, one disclosing the President and the First Lady’s diagnoses, the other indicating that Pence had tested negative.

It appeared the number of cases in the White House as of October 2 2020 was confirmed to be three — Hicks, President Trump, and Mrs. Trump. 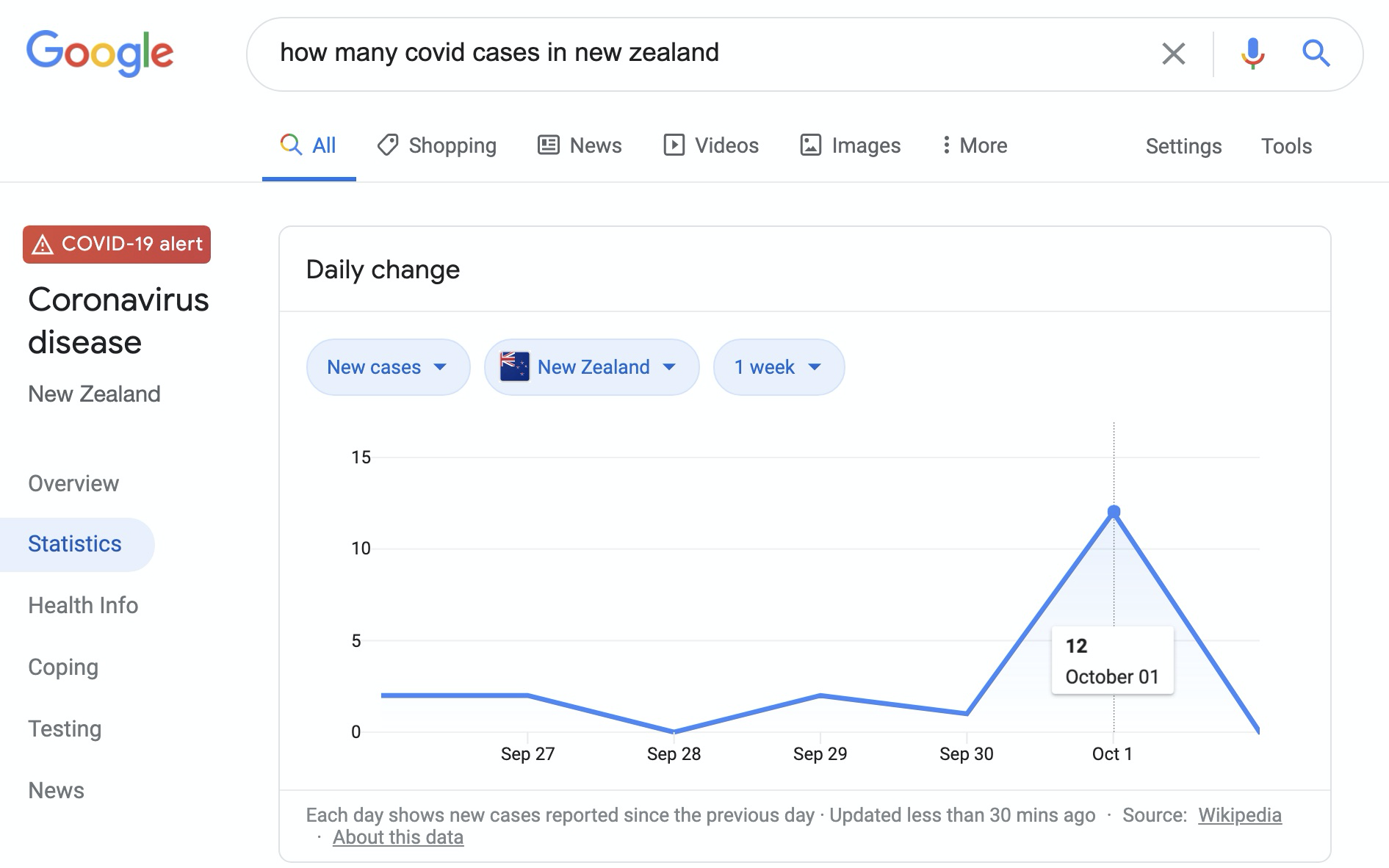 New Zealand’s official pandemic dashboard (archived) provided an up-to-date summary of current cases. In the two screenshots below, it appeared there were between 32 and 43 “active cases” in managed isolation or quarantine as of October 2 2020 in New Zealand:

A viral tweet claiming that there were more cases of COVID-19 in the White House than all of New Zealand, was — although likely intended as to be a bit hyperbolic — was not, mathematically speaking, true. New Zealand reported twelve new cases on October 1 2020 and zero on October 2 2020, and appeared to have a minimum of 32 “active cases” of the virus as of October 2 2020.