This is an inspirational story about Willie Myrick who was allegedly abducted by an unknown man in Atlanta, Ga.  The boy sang a Gospel song non-stop for three hours, which irritated his kidnapper so much that he eventually released him.

The incident was real, although the age of Willie Myrick in numerous reports varied from 9 to 11 years of age.
According to an April 18, 2014, article by the New York Daily News, an unknown man used cash to lure young Myrick close enough to grab and force the boy into his vehicle on the evening of March 31.
During his close to 3 hour ordeal, Myrick repeatedly sang “Every Praise,” a Gospel song by Hezekiah Walker. The article said, “[the] tune sent the suspect into a cursing fit and he stopped the car near East Point.” The kidnapper opened the car door, released Myrick and warned him not to tell anyone. That was one order that Myrick refused to obey and he has been telling the world about the incident since his release.
When artist Hezekiah Walker got news of this, the artist flew from New York to meet with Myrick and his church family at the Mt. Carmel Baptist Church in southwest Atlanta to celebrate the boy’s 10th birthday. The article said that everybody present joined in the singing of “the life-saving song together as tears rolled down Myrick’s cheeks.” 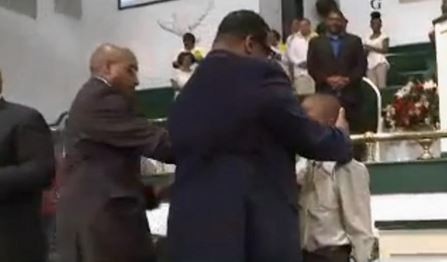 Atlanta Police released an all points bulletin (BOLO) with a sketch of the suspect with the offer $10,000 reward for his capture. 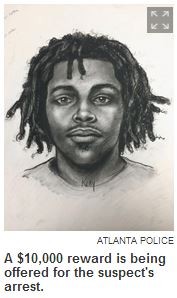 The sample of the eRumor below was found on a website called Mommy Brown.
Posted 04/21/14