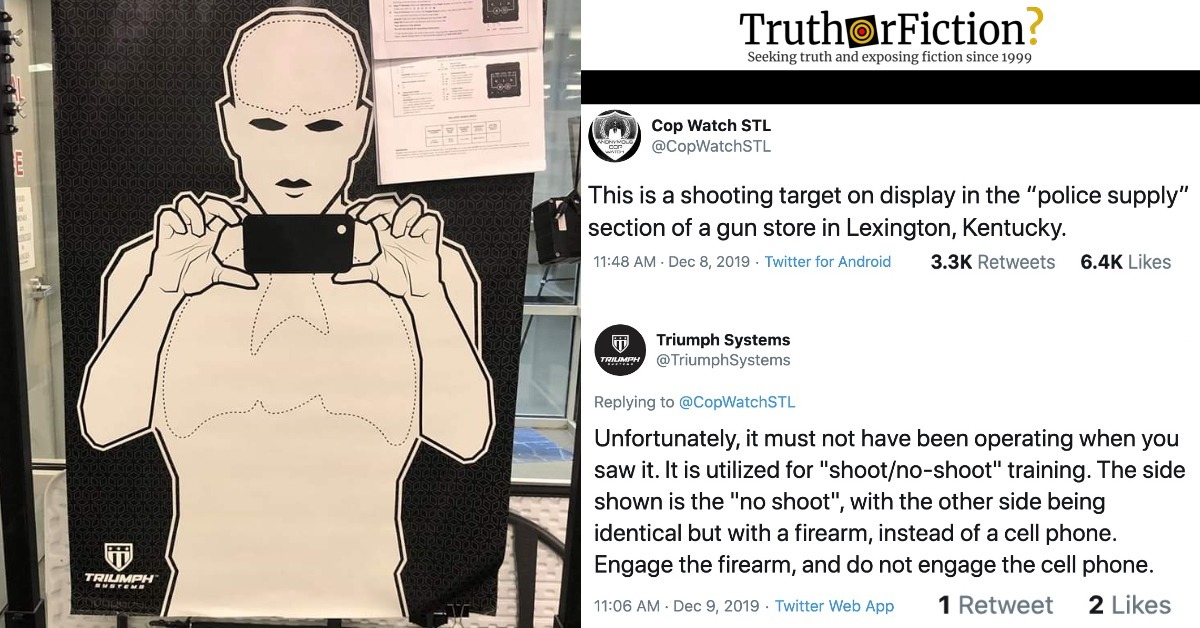 On first glance, a “shooting target” of a figure holding a mobile phone as if recording looks damning, but there’s a bit more context to the image. 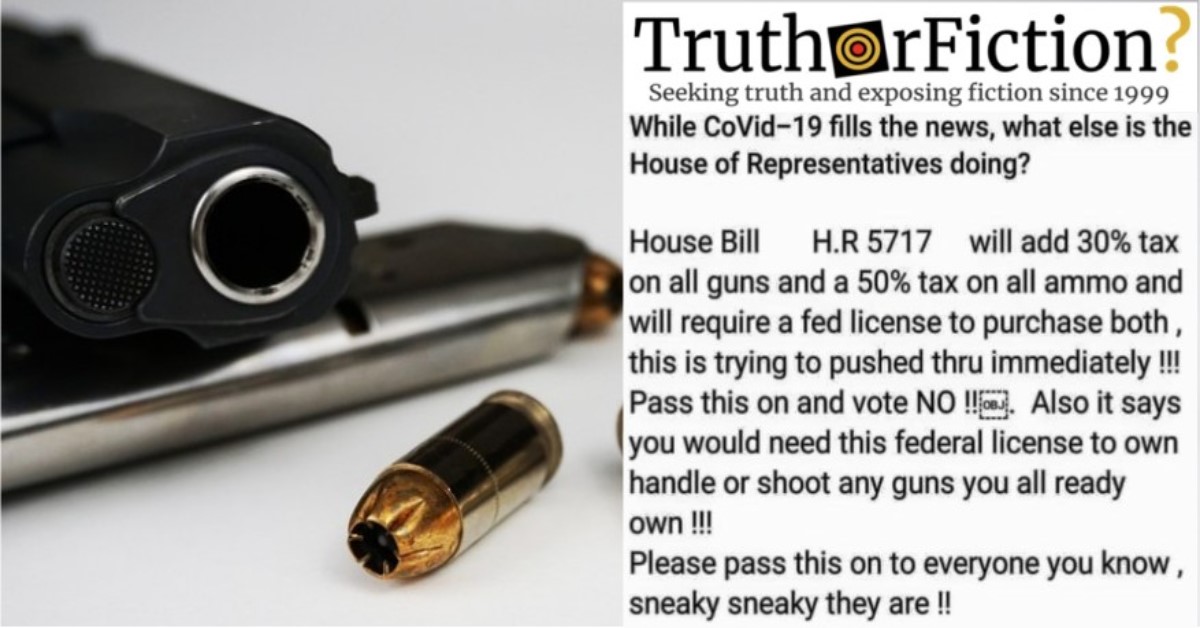 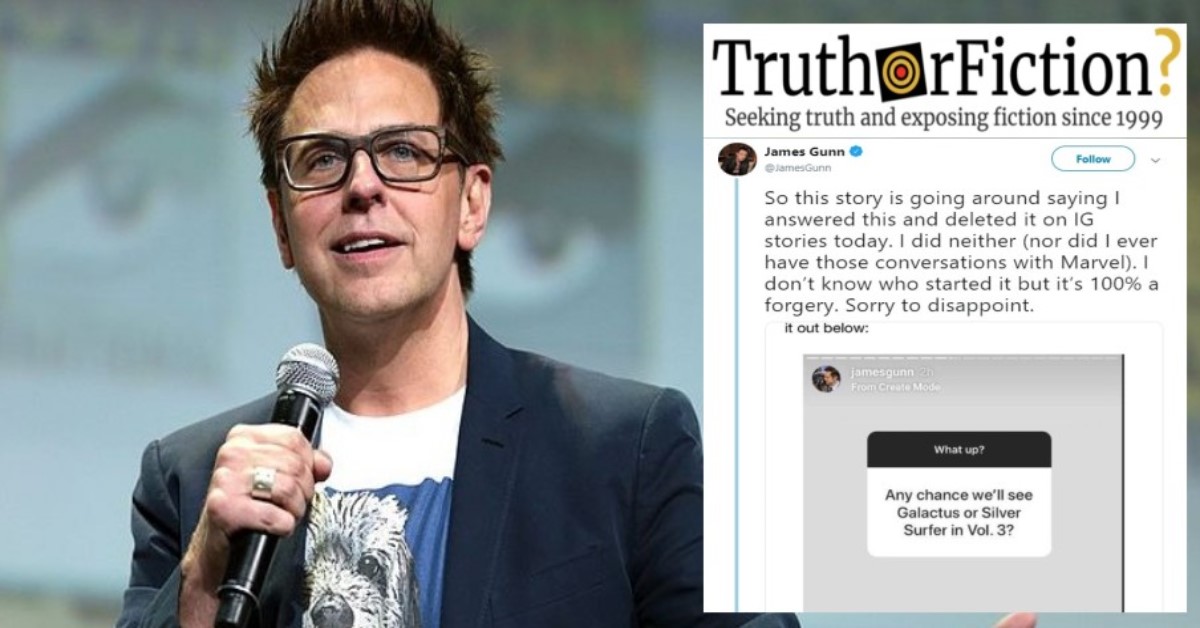 Pop culture sites disseminated the forged screen capture before their reporting was debunked. 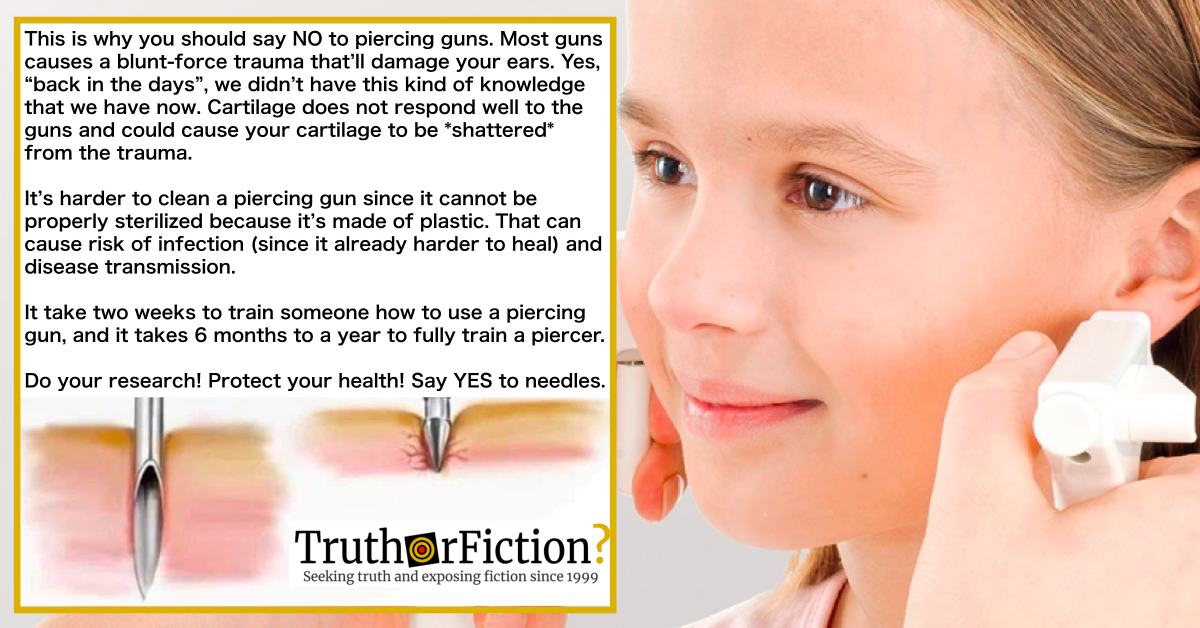 Should you say no to piercing guns? It depends who’s wielding it, and on factors such as a sterile setting and trained professional are more strongly linked with safe piercing. 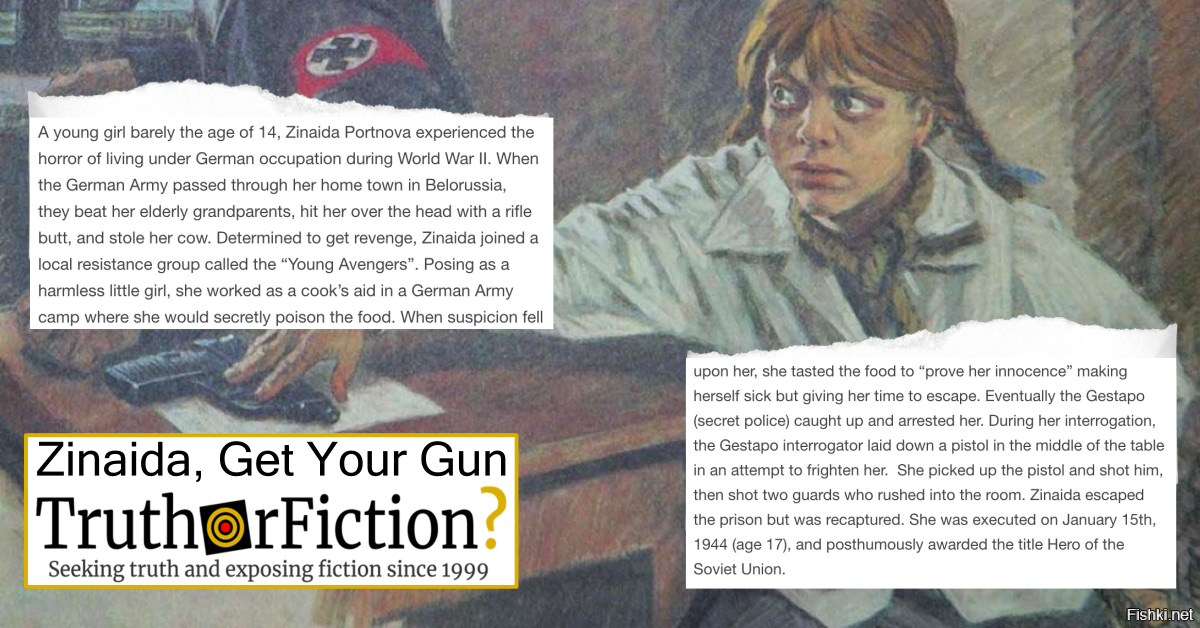 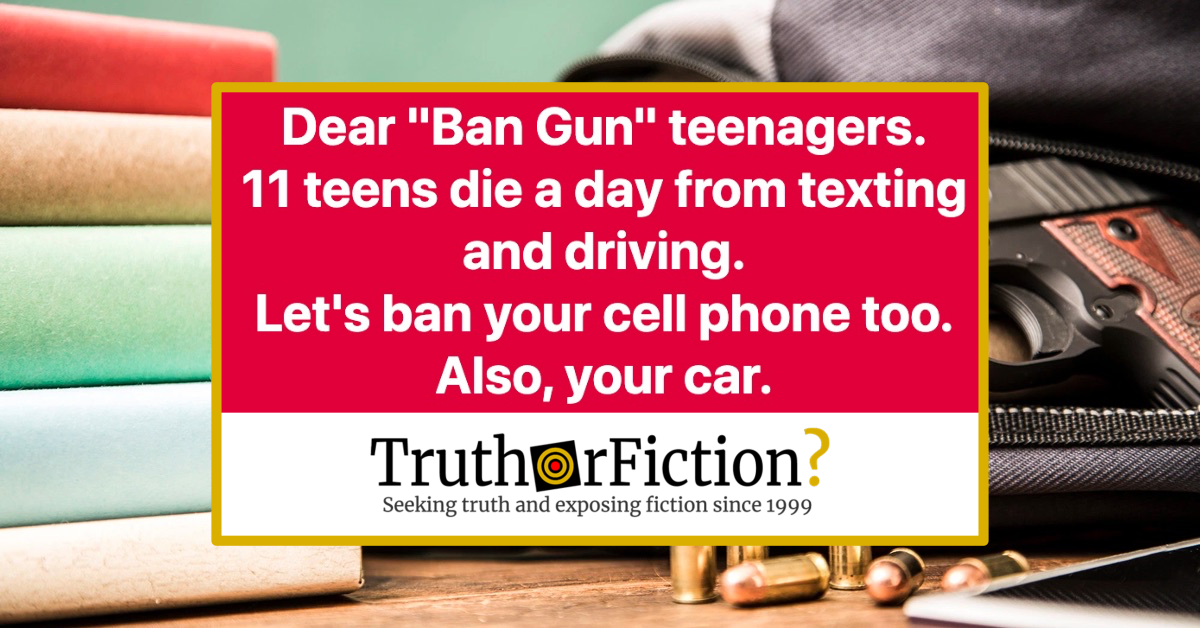 A bad faith argument about texting and driving deaths aimed at “‘ban gun’ teenagers” has been shared more than a million times on social media. 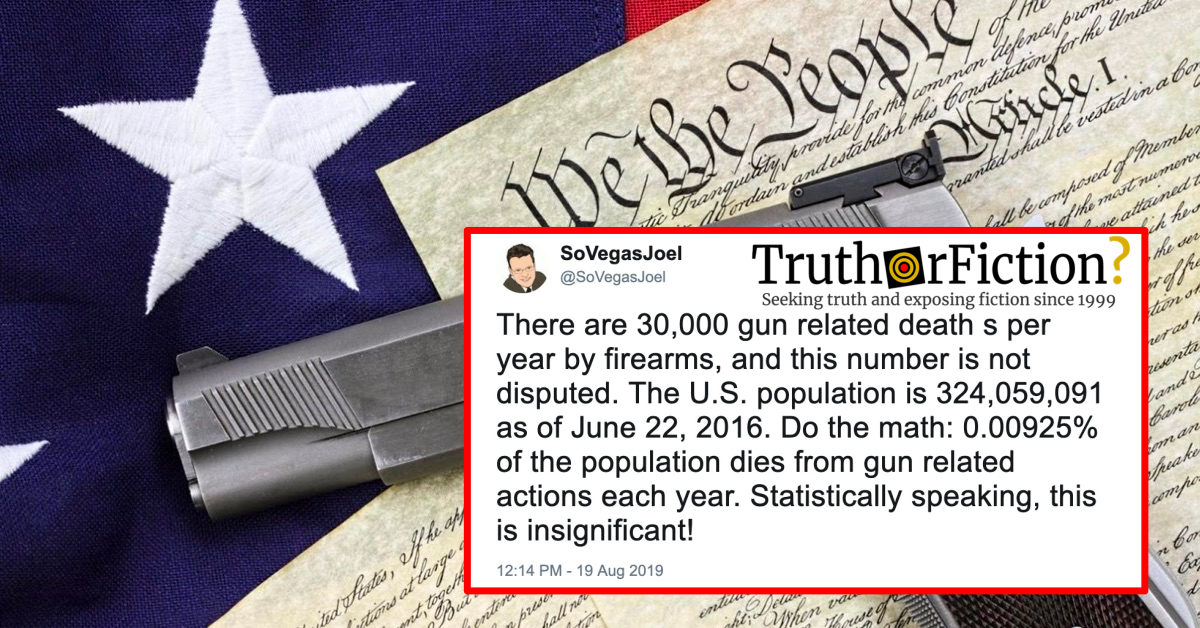 An authoritatively worded social media post about guns is a long-circulating mixture of decontextualized statistics and opinion. 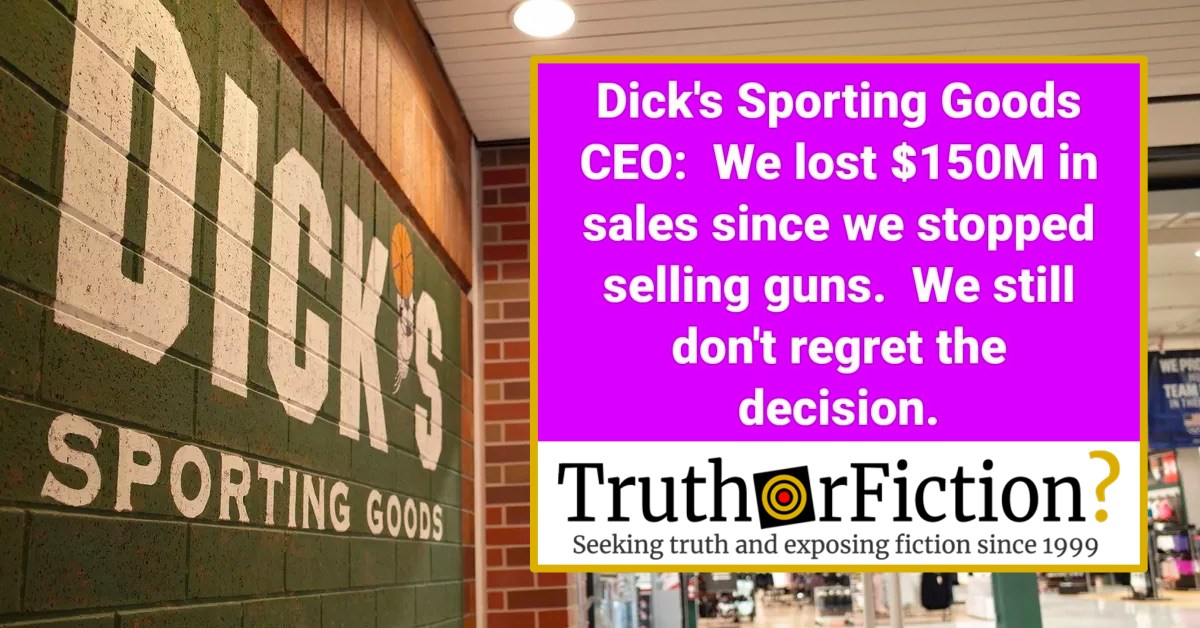 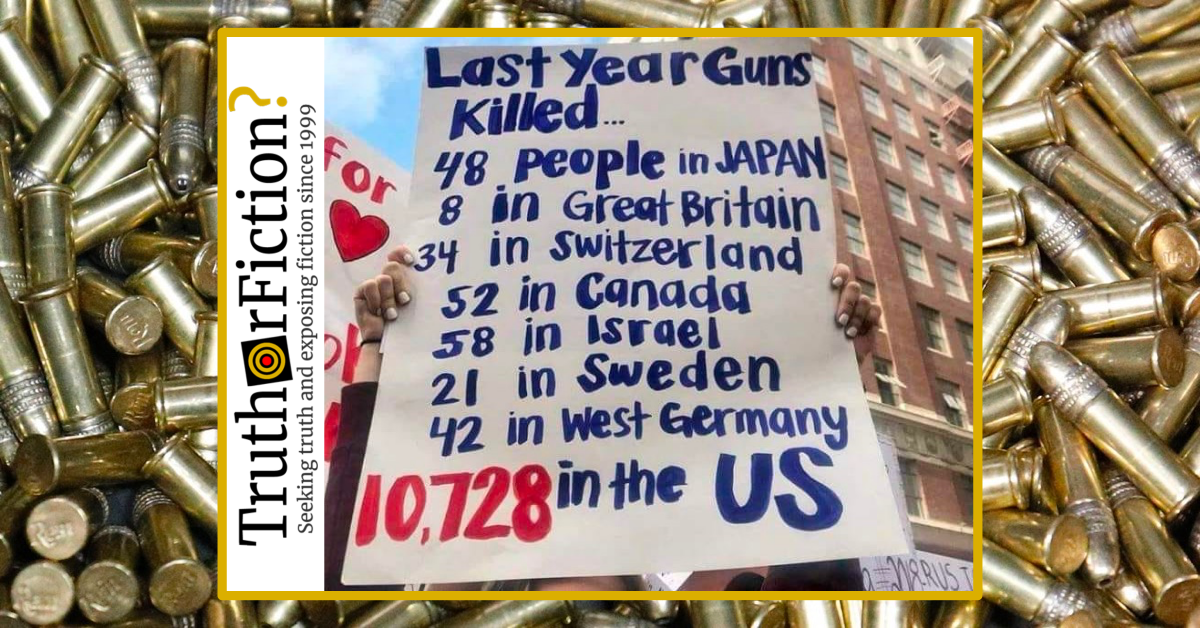 A protest sign from 2018 claims that “last year,” guns killed more than 10,000 Americans and compared that statistic to gun deaths in other countries. 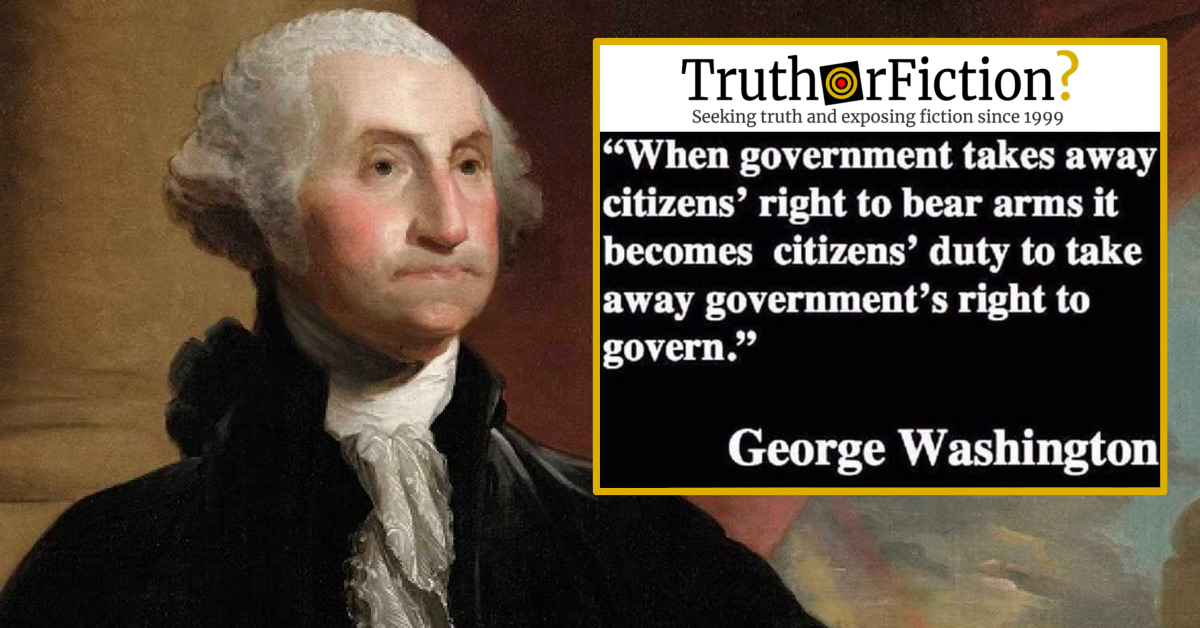 In May 2019, the Facebook page “McGroarty for Freedom” shared the following meme containing a quote attributed to George Washington concerning the rights of citizens to bear arms: https://www.facebook.com/mcgroartyforfreedom/photos/a.475873396080195/854650471535817/?type=3&theater Across a black background, white text read: “When government takes away citizens’ right to bear arms it becomes citizens’ duty to take away government’s right to govern.” George Washington […]