The Fall of Fortresses by Elmer Bendiner, and a Note Found in a Dud Shell-Truth!
Note Found in Dud Shell Written by Jewish Slave Laborers-Fiction!

This is a miraculous account of a World War II bombing mission where the crew of a B-17 survived unharmed after their bomber was hit by a barrage of anti-aircraft fire. Enemy shells hit the gas tank of the aircraft, yet there was no explosion. When the crew landed safely, an inspection revealed all the shells that pierced the fuselage lacked explosive charges. In one shell, crew members discovered a note that said, “This is all we can do for you now… Using Jewish slave labor is never a good idea.”

The account was allegedly written in a book by Elmer Bendiner called “The Fall of Fortresses.”

The story, as written in the circulating eRumor below, is a paraphrasing of an actual account given by World War 2 war veteran Elmer Bendiner in his book “The Fall of Fortresses”. The book is now out of print but the TruthOrFiction.com team was able to acquire a used copy at Amazon.com.
The eRumor accurately summaries the same story that Bendiner tells in his book. However, there is a detail in the eRumor that does not appear in Bendiner’s book. The closing line “Using Jewish slave labor is never a good idea” does not appear in Bendiner’s account of the story. Bendiner wrote that the note found in the artillery shell was written as “This is all we can do for you now”. 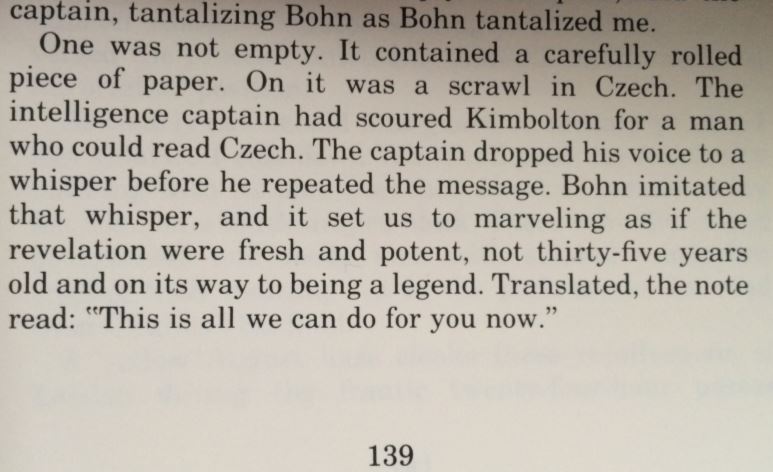