A Federal Court Judge in Wisconsin on April 15, 2009 issued a ruling in favor of the Freedom From Religion Foundation, agreeing that the National Day of Prayer is unconstitutional. Groups that are opposed to the National Day of Prayer have begun a publicity campaign by contacting cities where events are planned for May 6 and telling them that they have to be cancelled.

An email from OnlineDVDclass.com that says that if you were a Netflix subscriber between May 19, 2005 to September 2, 2011 that you may be eligible for compensation from a class action suit involving Wal-Mart and Netflix.

This is a forwarded email that contains a link to a video posted on YouTube. The video appears to be a news report by ABC about the brutal murder of two Coptic Christians from New Jersey who were shot, beheaded and buried in a back yard.

Email inboxes are being flooded with traffic citations from the New York State Police. The citations come with a zipped file attachment.

This is a forwarded email that contains a commentary by former House Speaker Newt Gingrich that says that the “proposed ‘Cordoba House’ overlooking the World Trade Center site – where a group of jihadists killed over 3000 Americans and destroyed one of our most famous landmarks – is a test of the timidity, passivity and historic ignorance of American elites.”

This is a forwarded email with an attached photo of charred bodies describing a brutal attack by Muslims that resulted in the death of 500 Catholics in Nigeria. 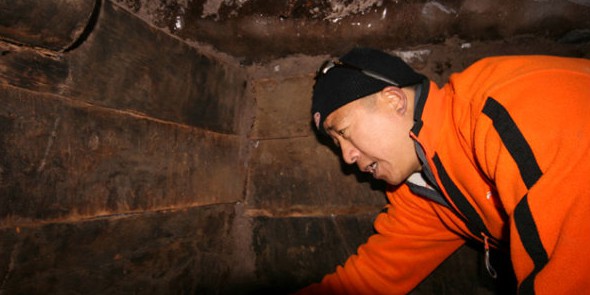 This is a forwarded email telling of an archeological find in the mountains in Turkey. An Biblical archeologist claims to have found Noah’s Ark.

A new publicly owned landfill in North Dakota has been named the Barack Obama Memorial Landfill in a “tribute” to the 44th president of the United States.

A forwarded email that contains an article that says that the U.S. Senate unanimously approved S. 1867, the National Defense Authorization Act, which has a provision that repeals Article 125 of the Uniform Code of Military Justice. This is the military law that defines and bans sodomy.

A rumor is circulating the Internet about the National Defense Appropriations Act of 2012 alleging that its passage effectively ends the Bill of Rights in America.