This is a forwarded email with a story alleging that Paul Weston, a candidate in the May 22 European Parliament elections, was questioned and arrested by the police in England after he quoted a passage from a book by Winston Churchill.

The Truth:
This was a true incident, according to an April 28, 2014, article by the BBC.
Paul Weston was making the speech in Hampshire, England, on the steps of Winchester Guildhall. In order to be heard by the public he was using a megaphone. The candidate from Dorset was reading from “The River War,” a book written in 1899 while Winston Churchill was serving in Sudan as a British army officer. A passer-by complained to authorities, and Weston was detained by police for failing to comply with a request to leave.

The BBC also said that “He was further arrested on suspicion of religious or racial harassment.” 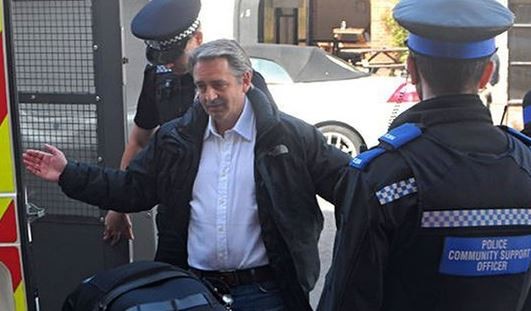