The “quarantine house” memes were as popular as they were diverse, polling users on a variety of putative homes based on food groups, entertainment types, and other topics.

“Choose Your Quarantine House,” the Premise

The memes contained hypothetical scenarios in which readers had several “houses” from which to choose for their periods of quarantine. Each house had a few things (like fried chicken and weighted blankets), but lacked others (such as Netflix or a pool).

Users assessed the various “quarantine houses,” commenting about which was most favorable to them and sharing the meme on.

Some common topics were sports:

Or, quite frequently, music: 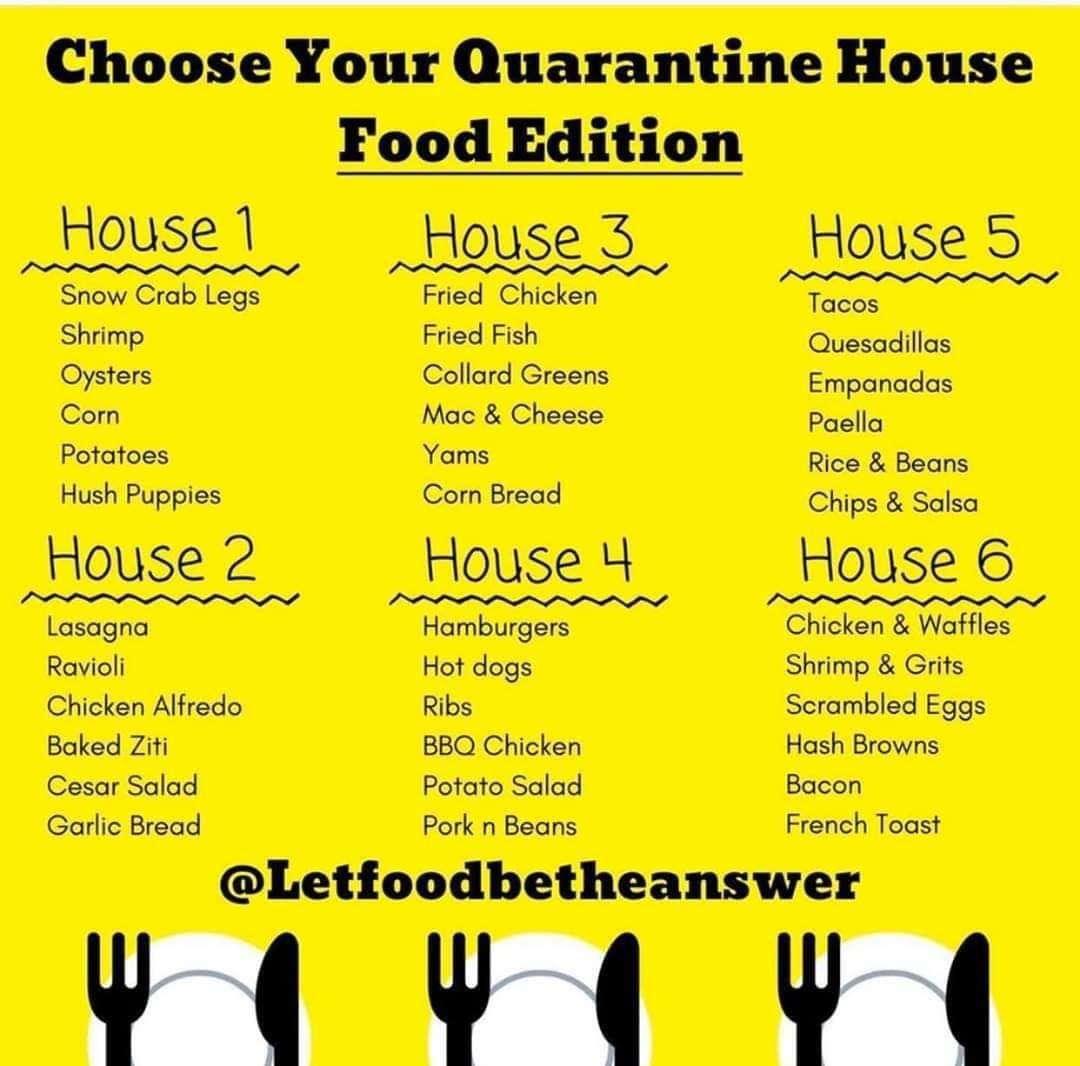 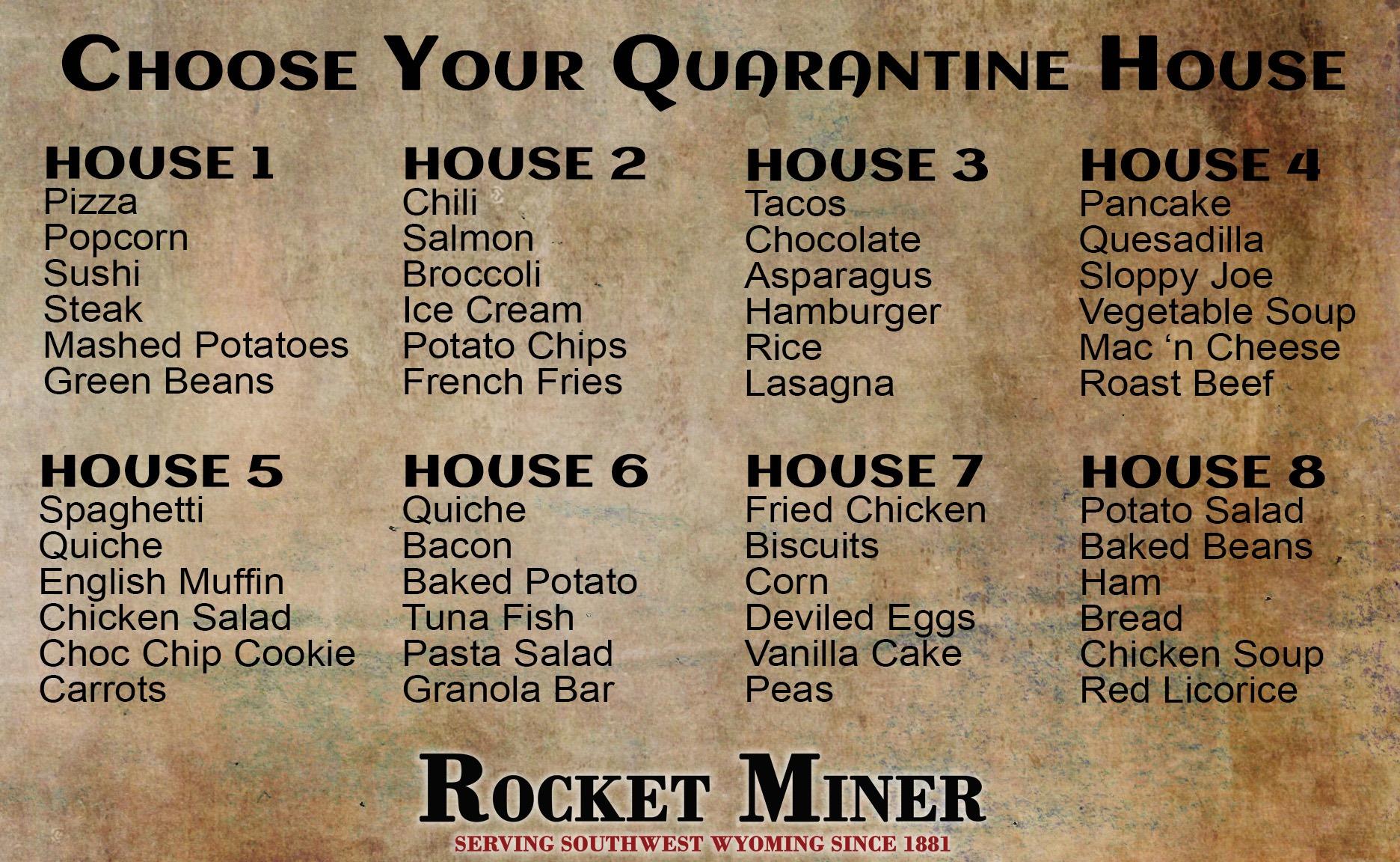 Iterations of the “choose your quarantine house” meme also spread on Twitter, typically on the same subjects:

Hello fam! In which house would you wanna be and why?#YAING#QuarantineHouse pic.twitter.com/G8bCb6cI9y

Which Choices #QuarantineHouse would you want to stay in? 🤔🏡 pic.twitter.com/vzFbIs6hgx

Which celeb quarantine house would you pick? pic.twitter.com/K8oGl4C5zv

A number of individuals shared the memes as seen above (although such behavior is common for multi-level marketers, often to further their overall Facebook reach and recruit additional victims.)

As illustrated above, the meme was a favorite of brands and business pages. The reason was obvious — readers were likely to weigh in and share the viral and topical meme, driving the rates of brands’ engagement way up.

Do “Quarantine House” Memes Have a Downside?

We’ve discussed the topic of engagement bait before (as opposed to clickbait) — content (often low-value) shared solely to generate likes and shares to benefit page owners.

Show Me Some Examples of Engagement Bait!

It appears in the form of warnings or “good advice”:

Calls to charity or assistance:

Does This Grandma Want You to Share Her Photo to Mark Her 100th Birthday?

Do the Colors You See in a Photograph Reveal Left or Right Brain Dominance?

And lies about things likely to enrage people:

Does Facebook Deem Images of 9/11 Offensive and Prohibit Them?

How Could All Those Random Things Be Engagement Bait? What Does Hocus Pocus Have to Do with 9/11 or a Shoe?

You’re right — on first glance, those topics look completely disparate and possibly legitimate. But under the surface, they share a common unifying trait. Their entire purpose is to farm your likes, comments, and shares — the currency Facebook calls “engagement.”

On the page about the puppy’s tumor (the puppy did not have a tumor), we explained:

Although page owners commented several days after it was posted to admit that the image did not show an ailing puppy, that message was buried in the many comments and not prominently displayed on the original post. Because of this, the page was able to continue racking up and benefiting from likes, shares, and comments as the dishonest post made its way around Facebook.

As many commenters noted, the post’s intent appeared to be “engagement bait,” luring users to interact with the post and amplify the “Therapy Dogs Give Love” page’s profile on Facebook via a popular share.

In some cases, engagement bait is presented as it is in the manner above — simply by using Facebook’s structure in a dishonest way to boost a page’s statistics. In that format, occasionally a pointless action is requested from users in order to create the artificial impression of an interested user base. Sometimes the page then undergoes a transformation, changing its name and description after a certain number of users join the group or page.

But in other applications, engagement bait has more sinister connotations. Pages and entities of dubious intent entice people to engage with a page to rapidly build an audience, often offering phony enticements or giveaways. In the case of the pug-with-an-avocado, the standard 10 or 25 cents “donation” plea was raised to a dollar, likely driving the six-figure share count on the post.

In the grand scheme of things, whether the poster’s grandma genuinely wanted her image shared across Facebook was largely immaterial. The post itself was of little consequence in the landscape of misinformation — but even minor instances of posting clickbait or engagement bait were emblematic of the innocuous ways in which Facebook’s algorithms were manipulated and easily exploited with dishonest practices.

Can That Be a Bad Thing?

On the page about the vacation scam (Santorini Holidays), we explained how engagement bait can pose some risk to sharers:

The “Santorini Holidays” scam is not as low-risk as it appears at first glance, as “likes” and “shares” also put Facebook users at risk of encountering malware, among other things. Like-farming victims often soon find their profiles tacitly endorsing scams, hate pages, and other unpleasant endeavors that are unlikely to accrue engagement through legitimate means. Genuine contests and giveaways, particularly of valuable experiences or objects, are extremely rare; furthermore, they are almost always conducted through official channels for big-name brands and well-known companies.

What if I Really Want to Share “Quarantine House” Memes?

As explained in numerous examples, engagement bait isn’t always necessarily a risk — but it is a nuisance. However, there’s a simple way to share the popular content of the day without polluting social media with multi-level marketing recruiters or other scam pages.